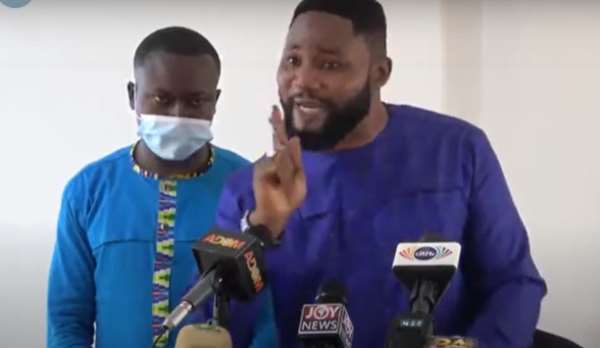 A group calling itself Friends of Lawyer Kwasi Ameyaw- Cheremeh has hit back at the Aide to the Bono Regional Minister, Maxwell Mahama for circulating a video on Social media purporting that Kwasi Ameyaw Cheremeh voted against Professor Aaron Mike Ocquaye.

Addressing a presser in Sunyani, the group admonished NPP supporters to disregard the distorted videos circulating on Social Media that the Member of Parliament for Sunyani East, Kwasi Ameyaw-Cheremeh voted against Professor Aaron Mike Ocquaye during the selection of a new Speaker of Parliament.

A spokesperson for the group and aide to MP For Sunyani East Constituency, Abubakari Yakubu cited the aide of the Bono Regional Minister, Maxwell Mahama as being behind the circulation of the video.

Abubakari Yakubu noted that the Sunyani East MP is someone who has been fighting corruption this he noted to lead to the release of the doctored video.