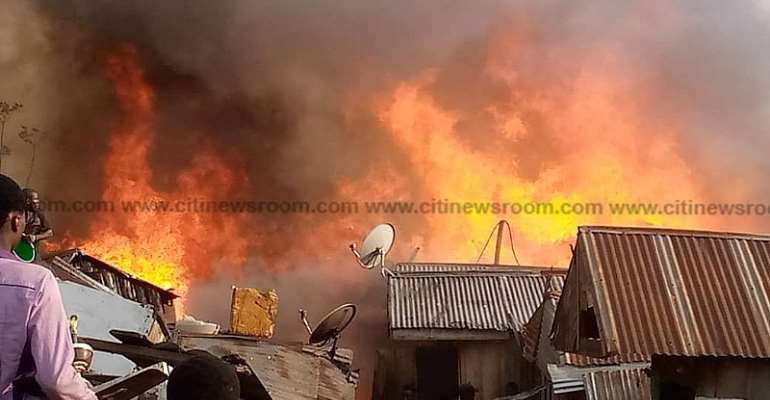 Fire has swept through some wooden structures serving as makeshift shelters at the slum Dagombaline in the Ashanti Regional capital, Kumasi.

Citi News’ Ashanti Regional correspondent, Hafiz Tijani said fire personnel are at the scene but appear to have been having difficulties gaining access to the fire. 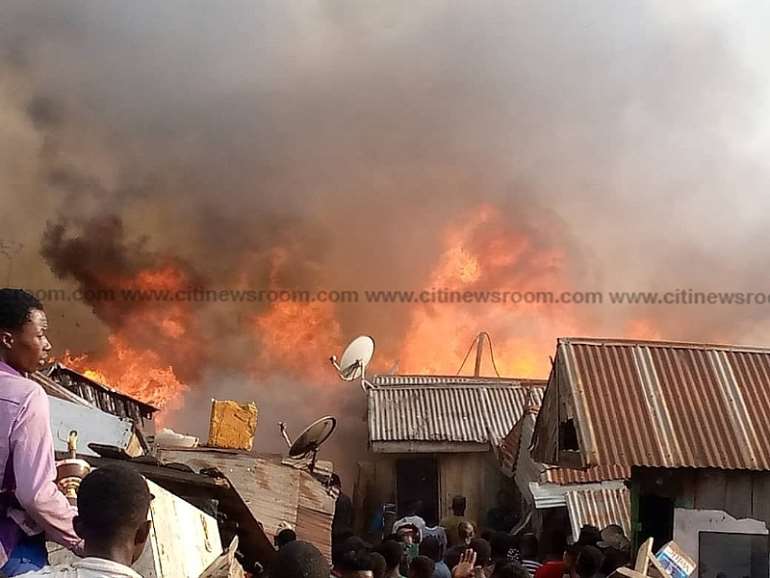 The slum is predominantly occupied by head potters and scrap dealers some of whom are seen trying to salvage properties.

This is not the first time one of the biggest slums in the Ashanti region has been gutted by fire.

In March 2020, more than 500 slum dwellers at Dagombaline in the Ashanti Region were rendered homeless after fire swept through their wooden structures.

Barely a month earlier, fire gutted other parts of the slum, displacing about 13,000 persons, according to the National Disaster Management Organization (NADMO).