Fire renders many homeless at Tema 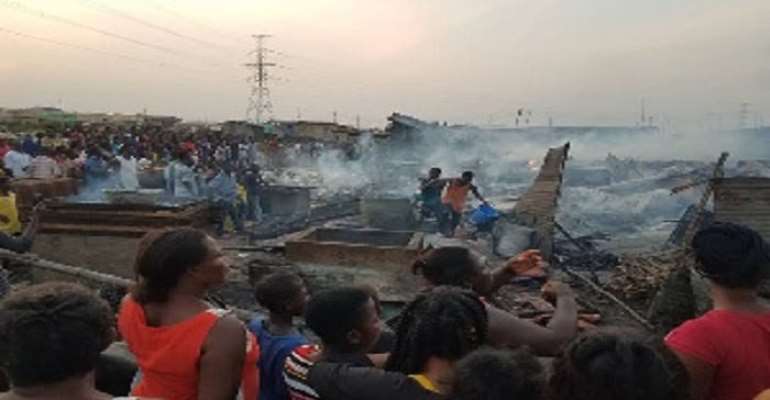 Several residents have been rendered homeless following a wild fire which swept through Abonkor, a suburb of Tema Newtown in the Greater Accra Region, Saturday dawn.

About 40 wooden structures were completely burnt, with their occupants unable to salvage any of their valuables in the area commonly called Waterland.

Aside furniture, food items, electrical appliances and personal effects which were burnt, ruminants were also not spared by the fire.

It is unclear what might have caused the inferno, but officials of the Tema Regional office of the Ghana National Fire Service (GNFS) suspected that it could have been started by children playing with open fire. Others think it was triggered by an electrical fault.

No casualty was recorded but essential properties running into millions were consumed by the fire.

The affected victims, most of them fishermen, are now putting up with friends and relatives claiming that they are unable to put up new structures.

The victims are yet to receive support from the relevant authorities, although a headcount has been undertaken by the National Disaster Management Organisation (NADMO).