Let's Surge On With Unity To Support The President -Serwaa Akoto 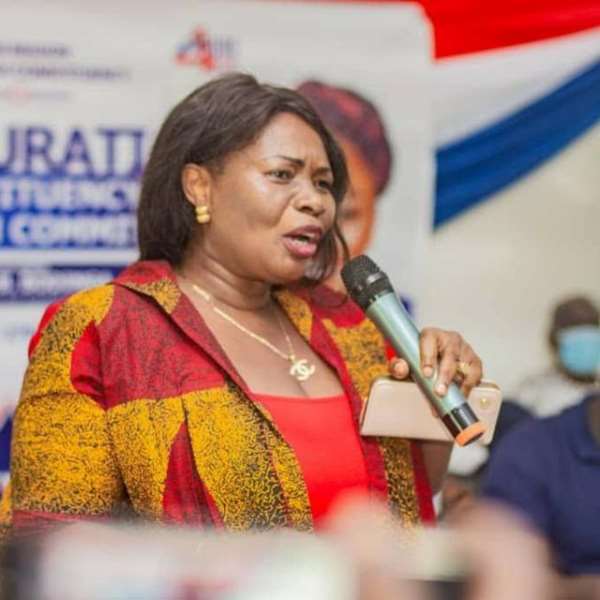 The Leader and Chief Patron of Patriotic Volunteers and former aspirant of the national vice chairmanship position, Philomena Serwaa Akoto Sam has said, the party should quickly leave the past behind and forge on in unity. She continued that, the best thing about the past is that, it shows you what not to bring to the future and that the current happenings in the party will just guide us in our operations going into the next government or term.

Mrs Sam said this when she was engaged by the media after the swearing-in and inauguration of the President last Thursday.

She, however, explained that the party is in difficult times and it's not time to point accusing fingers at each other but a time to put our personal differences behind us and fight for the party's interest. She believes that is the only way we can move forward.

Apportioning blames will only divide and deepen the cracks in the party.

According to Mrs Sam, if not for the hard work of President Akufo Addo and his Vice Dr Mahamadu Bawumia, the party would have suffered in the just-ended elections, so it's important we support them to actualize their vision to its fullest.