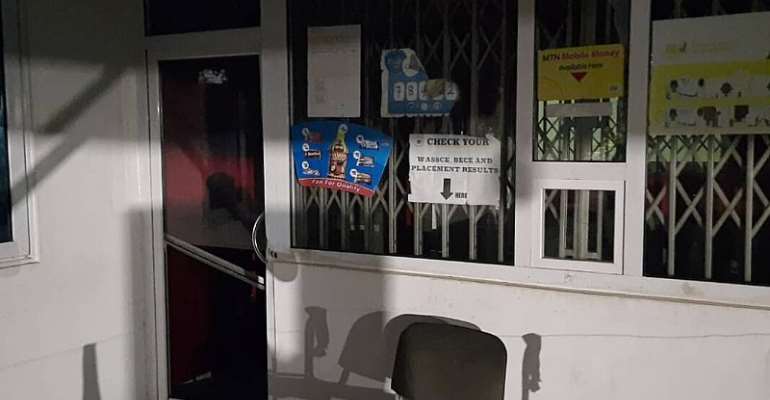 The Volta Regional Secretariat of the National Democratic Congress (NDC) says it believes recent attacks on the Member of Parliament for the Keta Constituency are politically motivated.

The newly-elected MP, Kwame Dzudzorli Gakpey suffered two robbery attacks in separate operations since winning the elections in December, with the recent and second incident happening on Sunday, when suspected armed robbers attacked Rootsenaf Gas filling station belonging to the MP at Satsimadza near Agbozume.

The first incident happened on December, 11th 2020 when the MP was attacked at his Anlo-Afiadenyiga residence by unkwown gun men. The incident left the MP and his family brutalised while the suspects made away with substantial sums of money.

Following Sunday’s incident, the NDC says it suspects foul play and believes the attacks have been carried by persons believed to be members of the New Patriotic Party’s vigilante group.

In a statement issue by the party’s regional secretary, James Gunu on Sunday, the party maintained that the act was a deliberate ploy to reduce the party’s parliamentary seats in the just ended general elections.

“We consider this armed attack by suspected NPP hoodlums as part of the grand scheme by the Nana Akufo-Addo led NPP to reduce our majority seats in Parliament and President John Dramani Mahama’s overwhelming win in the just ended Parliamentary and Presidential elections. These armed attacks such as the armed invasion of the house of the NDC MP-elect for Jomoro Constituency tend to follow similar pattern,” the NDC said in a statement.

“These barbaric and sadistic acts also bear the fingerprints of an organized, planned, well-rehearsed sinister agenda of the Akuf-Addo-led NPP to divert attention from the stolen election. It is also our contended position that these midnight attacks by such insidious armed NPP militia are being executed with the tacit support of the NPP leadership with the view to kill, seize and destroy our pink sheets. The diabolic and evil agenda is to use these as a pretext to mount legal challenges in order to reduce the NDC parliamentary strength,” the statement added.

Meanwhile, the Volta Regional Secretariat has promised to give persons who help to arrest the perpetrators an amount of GHS 10,000.

“The Regional Secretariat is therefore calling on the party faithful and other well-meaning Ghanaians to be on the look-out for such armed thugs and to provide valuable information towards their arrest. While we wish our MP-elect and his family speedy recovery, the Secretariat has set aside GHS 10,000 reward for anyone or group of persons who would volunteer information leading to the arrest of the culprits of this dastardly act.”

The Keta Municipal Police has since the first incident also promised to offer 24-hour protection to the elect MP.