To deny others, their right to vote is an attempt to overthrow our constitution 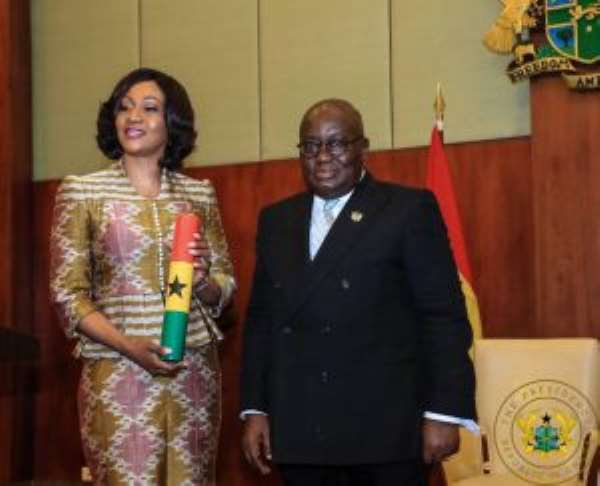 The conduct of the 2020 elections shall occupy a memorable page in our political literature not because of who enjoyed electoral fortunes but the many constitutional infractions that characterized the entire process.

I need not recount how citizens were denied their right to register during the voter registration process as some people of a particular origin were considered as foreigners. I need not also remind you of the military invasion of some Regions, ostensibly, to intimidate genuine potential voters. In many cases, the motive was simple.

The reasons were mostly politically motivated, as those in power collaborated with the Electoral Commission to disadvantage the opposition and further weaken their political dominance in some areas. With all these, the election itself still recorded funny outcomes as several Ghanaians were killed by state security before elections could be declared in favour of the incumbent.

Funny enough, the agenda to shortchange the supreme will of the people got exposed, palpably, in the figures of the electoral commission, forcing it to shamelessly alter the declared figures several times without any apology. The declaration is a serious business and has a legal basis.

That is why our electoral laws mandate the Chair Person of the Electoral Commission, who is the returning officer for the presidential elections, to publicly declare the satisfying results. What is announced is final, sacred and legal. To later alter the declared results, severally, heightens the genuine suspicion of rigging and again, smacks crass incompetence on the part of the electoral body in executing its core mandate.

I would have been very disappointed in the National Democratic Congress if it had not gone to the Supreme Court to challenge the outcome of the elections. Indeed, the EC agreed, to some extent, that it has made errors. An error riddled election outcome is certainly devoid of fairness, transparency, reliability, validity and trust. The Supreme Court per article 64 of the 1992 constitution provides the platform for the electoral commission to justify the declared results. The NDC has very compelling reasons not to accept the avoidable errors and the outcome of the petition, no matter how it may, would still go a long way to shape our democratic electoral processes. The coming days will be interesting. While we watch the parties to battle it out in court, as democratic lovers and ambassadors, issues of disenfranchisement which became predominant in the election, must be given critical attention.

The right to vote is contained in article 42 of the constitution. Every citizen who is qualified per the dictates of the constitution is entitled to exercise their rights and the electoral commission established by article 43 must be guided by its functions contained in article 45 to provide eligible citizens the opportunity to exercise their right to vote.

Anything in violation of this fundamental constitutional dictate is a serious constitutional infraction that has the propensity to overthrowing the constitution, the supreme law of the land. This is why we must all have an interest in how and why the people of Akpafu and Lolobi Traditional areas were denied the right to vote in the parliamentary elections.

I am told those areas had a voter population of about 20,000 people. For whatever reason, it is unreasonable, unfair and unconstitutional to deny these people their right to vote and get a representation in parliament. This is a serious violation of their fundamental human right. The fight for the right thing should not be left only in the hands of the affected. Everyone has a role to play in protecting the sanctity of the constitution. A fair election should not discriminate because the people must be part of the representation.

I have noticed some apparent loud silence by stakeholders on this issue. The CSOs and powerful voices of society have gone dead silent on the matter. Is this the fair and just society that we seek to create and sustain?

The reasons and seeming justification of this gross violations are intriguing but unconvincing on the basis of law and common sense. The electoral commission says the problem resulted from the creation of new regions. Do we create new regions to disadvantage people or to advance their interest, welfare and aspirations? Article 5 of the 1992 constitution which gives powers to the president to create, alter or merge regions went further to assign a role to the Electoral Commission under clause 5 of the same article 5. This is the reason why it was the EC which organized the Referendum after a series of process. Why did the EC fail to reason that after those regions were created, steps must be taken to ensure proper demarcation as in constituencies? It is either a deliberate attempt to engage in gerrymandering or crass incompetence. This cannot be accepted and should not be accepted!

I am told the people are in court to fight for their right, but we must all be concerned of the reasons that might have led to these gross violations without prejudice to what the court will determine. What happens to the EC if it fails to respect the constitution that established it? In the past, commissioners were sacked on the basis of incompetence and procurement breaches. Today, those who benefited from the controversial sacking have failed to competently execute their core mandate and people are silent?

Today, it is some people, tomorrow it may be your traditional area who may be denied the right to vote. That is the only time you will understand article 17 (1, 2 and 3). Clause 1 of 17 says “All persons shall be equal before the law.” Clause 2 gives a clearer picture as it reads “A person shall not be discriminated against on grounds of gender, race, colour, ethnic origin, religion, creed or social or economic status.” Elucidating the clause, supra, clause 3 stipulates “ for the purposes of this article, “discriminate” means to give different treatment to different persons attributable only or mainly to their respective description by race, place of origin, political opinions, colour, gender, occupation, religion or creed, whereby persons of one description are subjected to disabilities or restrictions to which are not granted of persons of another description are not made subject or are granted privileges or advantages which are not granted to persons of another.”

I wish to call on all human right activists, political pundits, Civil Society Organizations and many other lovers of democracy to speak out on this matter, on the larger picture. It is the duty of all of us to uphold the constitution of Ghana.

The village Boy from DBI