An open letter to Carlos Ahenkorah 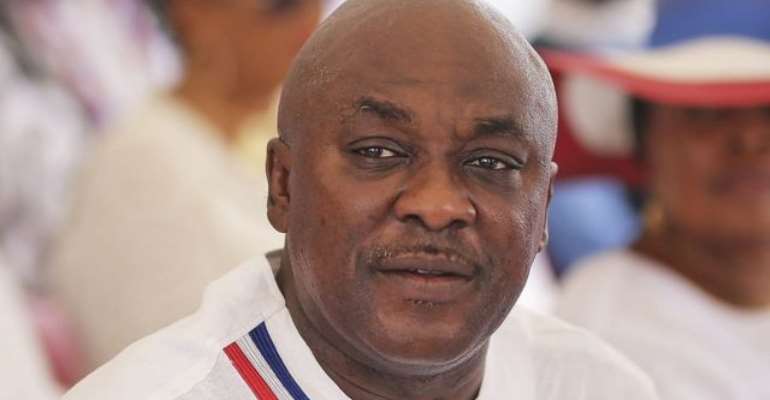 Dear Carlos, I send you greetings from the people of Daffiama, Bussie, Issa in the Upper West Region. I trust you find yourself in good health after that your infamous adventure?

Sir, I remained shocked at not only your action but what might have informed your decision to demonstrate what you call the "real NPP in you". Until you started this your level of arrogance from the covid-19 brouhaha to this recent "animalistic" behaviour you put up, I really used to admire you a lot as a deputy minister. I have said it somewhere, watching you from far. Little did I know that indeed "power tends to corrupt and absolute power corrupts absolutely."

Wherever that advised came from, you should have ignored even though it is difficult to consider defeat in such a fiercely contested election. You have destroyed yourself in many respects.

First, you have shown the entire world, the strategy of the NPP in winning elections. This affirms the case of the NDC and other discerning Ghanaians that the 2020 presidential election was rigged for the NPP. Many thought the NDC was making mere allegations against your party, the NPP. The conduct of the speakership election of the Parliament of Ghana, a very revered HOUSE, proved the NPP's desperate desire for power. It was a clear simulation of the larger picture of what transpired before the election was declared in favour of the NPP. It is sad!

Again, you have amply demonstrated that you don't deserve to be in THE HOUSE as an Honorable Member. If I were you, I would have resigned. But knowing your unquenchable quest for political power even without dignity, you would not. I will not fault you if you do not resign but elsewhere, the title "Honorable" would have been taken away from you. You actually don't deserve it! Pardon my diction!

More importantly Sir, you are supposed to be a role model because you are representing thousands of people in the legislature but that act of thuggery you demonstrated, rather shamelessly, only makes you appear as a criminal. Indeed, you have emboldened criminals especially ballot snatchers and political thugs. Your die-hard supporters and party fanatics who are vehemently defending your criminality, see same as normal and may emulate and perpetuate same, should they have the opportunity.

I need not tell you that your action is not acceptable per our electoral laws. I am sure if I, the village boy from DBI, had tried a similar thing, you would have made me rot in the condemned cells of Nsawam. But here we are, because of political discrimination, inequality in the application of the laws of the land, you are walking freely and justifying your actions.

Going forward, will you have the temerity to take part in any legislation with regards to election related violence?

Carlos, in your porous defence which I read from your Facebook walls, you indicated that parliament came to a wrongful conclusion by allowing the Hon Member for Assin North, Hon Quayson, to vote. I thought you were there to argue out your case to convince the clerk to come to a final determination? What was your argument? Well, while your colleagues were showcasing their understanding of law through a healthy debate, you were planning evil.

Even when the clerk gave his final verdict, you and your leadership never challenged same.

Today, you are saying your leadership did not take the right decision and hence your animalistic behaviour? So you think you are competent than your own caucus leaders even though you could not contribute to the debate? Your constituents and some fine brains in your party would be ashamed of your action. No one says you should not blame your leaders for their inability to convince the clerk, but to become emotional and display the real NPP in you in a reputable parliament like ours should be regrettable.

Carlos, you are such an unprincipled politician who does not have mother Ghana at heart! Actions, they say, speak louder than words. Your actions have made you earned the "NOBLE PRIZE WINNER OF THUGGERY AND VIOLENCE." By this, you are a threat to our democracy!

What is intriguing is your failure to be remorseful and to render an unqualified apology to Ghanaians. Is it because you executed an agenda that was an instruction from somebody? What about your own credibility?

Well, I know your party, largely, is praising you for your childishness and extreme fanaticism but that isn't sustainable. Don't think that your party's failure to condemn and reprimand you, makes you a hero. Only time will tell.

Even the president of Ghana is ready to work with the Rt. Hon Alban S.K Bagbin. If you think you cannot work with him, it is your own cup of tea. The knowledge, competence, intelligence and objectivity of Rt Hon Alban S K Bagbin is a public knowledge. He is the best person to stir the affairs of Parliament in our current circumstances. I am sure that is what your colleagues considered and voted for him!

I am waiting for what political observers, parliamentary leadership, the security services, the president and other stakeholders will say about your dastardly act. That may put me in a better position to write my next epistle to you.

My best regards to you but try and be a "reformed" citizen. When you do, I will commend you but your empty shameless pride won't be accepted by a lover of democracy.

There is no place for criminals in Parliament.

Inside Politics: Political Quotes
Catch up with all the political quotes from our politicians.
Sponsored
More Letter
Modern Ghana Links
An open letter to the NUGS President
Open Letter to the President of Ghana Nana Akufo-Addo from Ashantis
End The Carnage Against Us: An Open Letter from Trees to Ghana Government and Parliament.
An Open Letter to President Elect, Nana Addo Dankwa Akufo-Addo
Letter to Gabby Asare Otchere Darko
Open Letter To Hon. Tangoba Abayage And Dr. Vida Yakong
A letter to Dela Coffie
Open Letter To Vice Chancellor And University Council Of University Of Ghana, Legon- Research Integrity Of The Department Of Political Science
Open Letter To The President: Making Accra The Cleanest City In Africa
Election Reports Quotes Dossiers
TOP STORIES