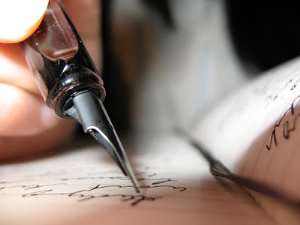 It is after midnight Nigerian time and we have just slipped into the 6th day of January 2021.

Today is the "D-day" for America and the rest of the world and whatever happens later today will shape the collective fortunes of not just America but also humanity into the foreseeable future.

It is the day in which the destiny of America and the entire world will be determined.

It is the day every Trumper has been waiting for for the last few weeks and ever since the sham and 'big steal' of the November 3rd presidential election when Joe Biden was rigged in by the Deep state, the proponents of the New World Order, Big Tech, the Fake News Media and the agents of the Illuminati.

It is the day when the American Congress and Senate meet jointly with the 'Electors' of each state for a certification of the presidential election.

It is the day that provides the final opportunity for the great injustice that has been done to Donald J. Trump and the 75 million American citizens that voted for him to be wiped away and in which he can finally be declared as the rightful winner of the November 3rd election.

It is the day on which Joe Biden, Kamalla Harris and the Democratic Party can finally be exposed for the fraudsters, liars, cheats and scammers that they are.

It is the day on which China and its surrogates and puppets can finally be exposed and put to shame and on which the dark satanic forces that its leaders represent can be utterly humiliated and frustrated.

It is the day in which American patriots can and must prevail against the traitors, foreign agents and spies in their midst.

It is the day in which, if it be His will, the power of God and His awesome glory can be made manifest to all.

This is the last 'hurrah' and we urge you to hold your head up high, be strong, stand firm, stay the course and HOLD THE LINE!

We don't just stand with you but we are also praying for you and we love you. There are MILLIONS of us in Nigeria 🇳🇬 particularly and in Africa generally that do.

You did so much for us when you told our President to stop killing and persecuting Christians. We shall NEVER forget that. Also your strong and bold stance and fight against islamist terror all over the world over the last four years was inspiring and exemplary.

America needs you for another four years and the world needs you too. We stand with you and pray that God grants you total victory in the joint sitting tomorrow. Darkness shall NEVER overcome light. The battle belongs to the Lord.

Permit me to end with this: whatever happens in the end, whether you win or lose, yours truly shall shall always be very proud of you.

This is because you courageously stood up against evil and opposed those who sought to undermine the power and sovereignty of the Living God and deny His power and existence.

You displayed courage, strength, honor and faith in your dealings and leadership every day for the last four years even as satan and his agents tried to discredit, distract, impeach and destroy you.

You suffered betrayal and all manner of persecution, misrepresentation and insults yet you never waivered. You stood against all odds and you remained focused on your goal of making America great again.

This is a goal and objective that you achieved in far greater measure than even your greatest admirers thought you ever could and it confounded, dumbfounded and put to shame your many enemies and detractors.

For this and far more, as far as I am concerned, you are the greatest President that America has ever had and the strongest and boldest leader that the world has ever known.

You came by prophecy and the Lord was with you every step of the way. You were the 45th President of the United States and the biblical King Cyrus of Isaiah 45: whether you win the day or lose later today you will always be these two things and no-one can take either away from you.

You did a great job for America and the entire world over the last four years and we pray that you will be granted four more by Congress by what we hope will happen later today.

Yet whether they do the right thing and you get those four more years or not you have made your mark and I am proud to have been one of the millions from all over the world that has fought for you, spoken for you and stood by you till the very end.

No matter what happens later today you have everything to be proud of and you can never be ashamed.

God bless you Donald J. Trump and thanks for inspiring and leading the entire world and giving us hope every day over the last four years.

And now to the field of battle and we commit this great and historic day into the hands of the Ancient of Days, the Lord of Hosts and the Most High God.

We say that on this day let His will be done and let His name be glorified knowing that in all things and in every circumstance He still remains God.