Editorial: Four more to do more 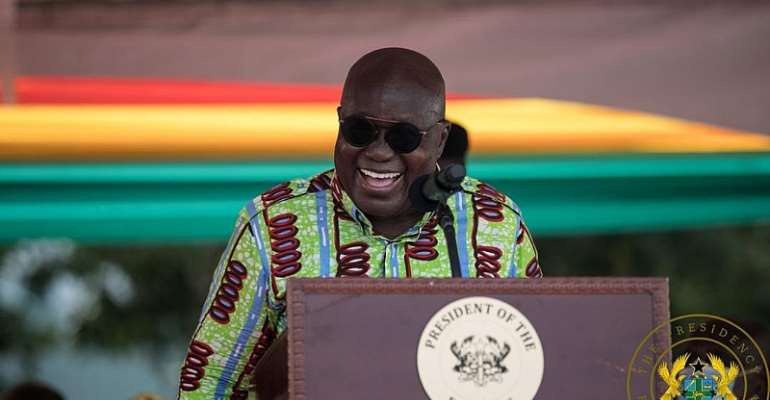 Yesterday President Akufo-Addo gave an account of his stewardship, a constitutional requirement. The address was without any shred of dispute, a true reflection of a wonderful performance.

Inheriting a battered economy, occasioned by bad governance from his predecessor, the task ahead looked near impossible at the inception.

With perseverance and stoicism however, an enviable feat was chalked as the economy picked up and earned the admiration of experts of fiscal matters around the world.

The decision of majority of Ghanaians therefore to give him another four-year mandate was anchored on the feats chalked over the past four years.

In a democracy, especially under our circumstances, there are bound to be divergent opinions about the achievements of the outgoing administration.

It is also a fact that figures do not lie. The achievements of the Akufo-Addo-led administration being verifiable, we can state that those who think otherwise about the feats chalked so far are doing so on flimsy and propaganda basis.

Besides the improvements in the fiscal sphere of governance the country has witnessed under the watch and direction of the Akufo-Addo and Bawumia duo epoch developments in education.

The foregone is hinged upon the free SHS policy direction which in spite of doomsayers negative impression continues to benefit individual young Ghanaians, their parents and the country as a whole. Very soon as the President observed in his State of the Nation Address the minimum level of education in the country would be the senior high school certificate.

It sounded ambitious in some years when he touted the policy as a cornerstone of his manifesto before assuming office. Cynics even described it as not only unfeasible but a campaign gimmick by a desperate politician.

Some even said it would impact negatively upon the quality of education. The opposite has been the outcome, leaving the cynics to revise their stance and to even shamefully claim origination of the policy.

Now the President-Elect, the originator of the wonderful policies which have changed positively the fortunes of the country has cause to be thankful to his compatriots for supporting him through the rather challenging first tenure which was jolted unexpectedly like the rest of the world by the COVID-19 pandemic.

A President who steered his country through the most challenging moments of the COVID-19 pandemic which others are still unable to contain must be congratulated and given four more years to manage the affairs of his motherland. The good people of Ghana have just done that, a clear mandate worthy of commendation.

Today the Dagbon debacle has been confined to the dark chapters of our history having been overshadowed by an all-pervading peace. It takes a visionary leader to set out to achieve a feat. The President-Elect challenged himself to a task of restoring peace to the then restive part of the country which he did.

The mantra 'One District One Dam' and the other flagship policies have changed the face of farming as it attracts young otherwise unemployed school leavers to till the land and rear livestock for a living and to prop the economy.

The last election was an opportunity for us to put to the test our success at stopping the canker of political vigilantism. Encouraged by the incidents of political violence during elections in the country, the President-Elect triggered a law to eliminate the negative phenomenon in our body-politics. But for some isolated incidents of violence and relatively few fatalities attributable to the shenanigans of bad political actors, we experienced peaceful elections by and large.

We can vouch that the next four years would witness even more developments in all spheres of our national life.

Governance at the hands of the wise and sincerely committed is beautiful and epoch-making as being witnessed across Ghana the vile propaganda from the quarters of the wicked and cunning notwithstanding. Four more to do more.

Inside Politics: Political Quotes
Catch up with all the political quotes from our politicians.
Sponsored
More Editorial
Modern Ghana Links
Callous and unprofessional
Vaccine nationalism and us
Sanction face mask defaulters
Reaction swift, appropriate
So much noise about nothing
The President’s Lieutenants
The Stubborn Story
We Have Made It Nonetheless
And Finally A Decision
Election Reports Quotes Dossiers
TOP STORIES