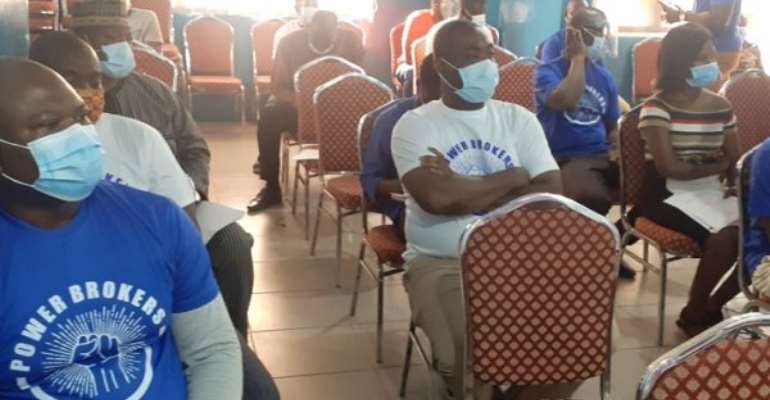 Power Brokers, a Pressure Group in the ruling New Patriotic Party (NPP), has called on the party's leadership to craft a succession plan to groom party executives towards the 2024 elections.

The Group called for innovative systems to mobilize resources to fund the party's future Presidential and Parliamentary election campaigns.

Mr Ahmed Abdulai Kodie, Chairman of the Group, made the call on Tuesday at a media conference in Accra to express concern about the party's “narrow escape” in the just-ended 2020 Parliamentary elections.

He said a thorough post-mortem conducted by the group on the undesirable performance of the party in the parliamentary elections, revealed that the Party lost in many of the constituencies because of the failure to allow due process to guide the election of popular candidates at the parliamentary primaries.

He alleged that some of the people who emerged as candidates for the NPP did so because they had godfathers, and friends in government or party leadership who skewed processes to get them selected as candidates.

He cited lack of respect and appreciation for the grassroots by government appointees and Parliamentary candidates.

He said other factors were hoarding and diversion of campaign resources by some Parliamentary candidates and party executives and over concentration on wooing supporters of the National Democratic Congress to the neglect of the NPP grassroots.

Mr Ahmed stated that appointments in the next government must be drawn from the rank and file of the party who had contributed to the success of the Party.