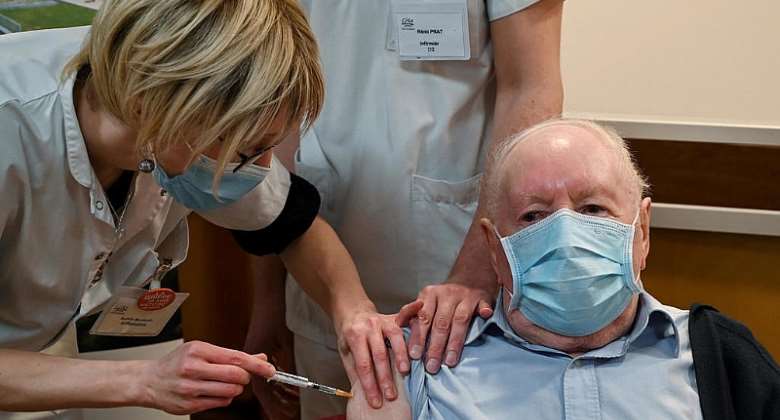 France's health regulator has called for patience in the face of fierce criticism over the government's Covid-19 inoculation campaign. The body defended the process, while admitting the government would "probably" have to speed it up, but said with just a week passed since the campaign was launched, there was no cause to call it a "disaster".

One week into a campaign to administer Covid-19 vaccines to the most vulnerable, France has confirmed only 516 people vaccinated to date.

The real number is probably slightly higher since the figure represents vaccinations up to 1 January, the most recent date for which the health ministry has provided data as of Monday morning, as displayed by a third-party site tracking progress in the vaccine campaign.

But the figure pales compared to Germany, which has vaccinated around 200,000 people in the same period, and Britain, which in a campaign that started a few weeks earlier has so far administered doses to around one million people.

The slow progress had put France's government in the crosshairs of critics who said the country needs to speed up its campaign.

“What we have seen is a government scandal,” said Jean Rottner, president of France's Grand Est region, which has seen a sharp rise in infections.

“The French people need clarity and firm message from a government that knows where it is going,” continued Rottner a member of right-wing opposition party Les Républicains. “It is not giving this impression.”

President Emmanuel Macron, who said in a New Year address to the nation that there would be no “unjustifiable delays” in the rollout of the vaccine, was reportedly furious over the slow pace of progress.

The government said it would begin to vaccinate health workers aged over 50 on Monday, earlier than planned, and speed up deliveries of doses to care homes for the elderly.

Health officials meanwhile urged the campaign to speed up but also called for patience.

“For us the strategy remains the same, but its application will probably have to accelerate,” said Elisabeth Bouvet, who oversees the coordination of vaccination campaigns with health regulator HAS.

Bouvet recalled it was up to the government and not to the regulator to establish the pace of the vaccine campaign, but also said the criticism of the slow pace was too harsh.

“I think we need to be extremely positive, to remember what is good about this vaccine,” she said. “We only started to vaccinate a week ago. We cannot call this a disaster.”

HAS said the pace could pick up if the European Union grants emergency approval to the vaccine developed by US firm Moderna, which requires simpler logistics than the Pfizer-BioNTech vaccine, currently the only dose available in the bloc.

The EU's medicines regulator was to decide on emergency rollout for the Moderna vaccine on Wednesday.

Some critics interpreted remarks of Research Minister Frédérique Vidal at the weekend to mean France was deliberately holding back vaccines to provide a larger market for its own vaccine, developed by French lab Sanofi in partnership with Britain's GSK.

“France made the choice, and French laboratories made the choice, to use and to prepare vaccines that will be distributed and shared more widely than the vaccines currently available,” Vidal tweeted, saying France was taking a “longer term” approach to vaccination.

Vidal said the comments concerned research and development and not the current campaign.

The government rejected any suggestion it was holding out for a homegrown vaccine to become available.