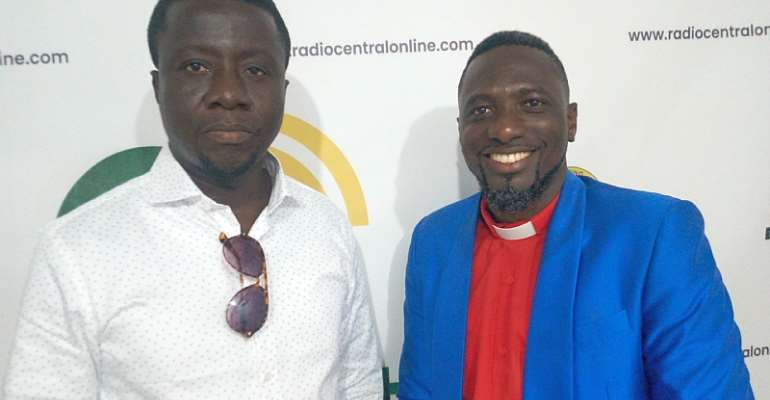 The founder and leader of the House of Prayer For All Nation Family, Prophet Dr. Nana Yaw Blessing has admonished his colleague Prophets to do double-check with God before they make public pronouncements on anything they claim to have seen or been told by God.

"When a Prophets sees or hears anything from God, he should double-check to seek confirmation before making pronouncements about it" he stated. "Sometimes, you can be deceived by the devil, if you don't seek confirmation from God".

When his views was sought as to what God has told him concerning 2021, Prophet Blessing said, "I have gone to wait on the Lord, He has spoken to me but I'm yet to receive confirmation and because of that, I cannot make any public pronouncements on what has been revealed to me".

According to him, he shall come and say whatever God revealed to him concerning 2021 after he has received confirmation from God.

When asked why that? The man of God said, "That was the right thing to do". "You see something or hear something, but you need to confirm with God before you can talk about it". "The confirmation can be twice and that would embolden you to talk" he sated.

Delving deeper into the Prophetic, he said there are three ways a prophet receives information from God;

But, what actually happens is that some people lump the three together and call it Prophecy which according to him isn't right.

Expounding further, he said, "If I sleep and dream that someone would make money, all I need to do, is to call the person and tell him or her about it". But was quick to add that, "I cannot call the person and say I Prophecy to you that, you shall make money". "That isn't prophecy" he posited.

In concluding, the HOPFAM's leader said, all Prophets must seek confirmation about what they hear or see before talking about it publicly. "Sometimes not all the things we hear might be coming from God, if it is from God, then He shall give you one or two confirmations about the Prophecy.

He continued because this isn't done, some Prophets rush to Prophecy without seeking confirmation and their prophecies fail, hence they are branded as fake Prophets.