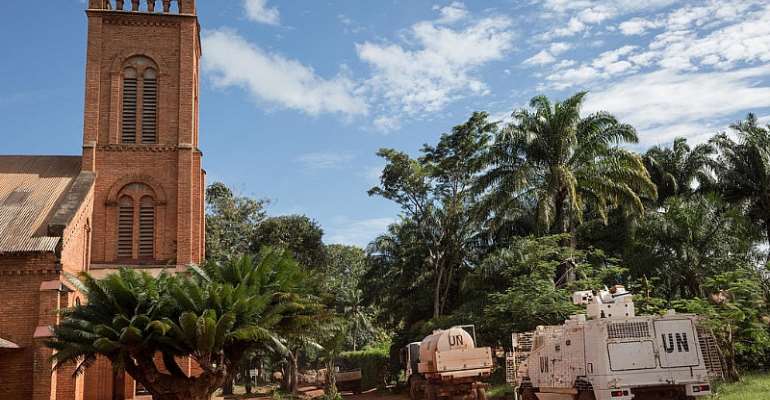 Rebels in the Central African Republic have attacked the south-eastern city of Bangassou, amid a spike in violence linked to presidential elections and creation of a new rebel coalition.

The UN peacekeeping mission in the country (MINUSCA) said Bangassou was targeted Sunday morning and five fighters were killed. MINUSCA said it was assuring the security for people in the area with robust patrols.

A church leader in Bangassou, 480 kilometres east of Bangui, also confirmed the attack, according to the AFP news agency, describing gunshots and explosions from 5am local time.

The attack is the latest in a wave of violence coinciding with elections on 27 December. A new rebel coalition tried to disrupt polls and launched an offensive.

Former president Francois Bozizé, who was prevented by the constitutional court from standing in December's election, sided with the rebel Coalition of Patriots for Change (CPC), saying Touadéra intended to fix the polls.

Touadéra's government accused Bozizé of fomenting a coup, a charge he denied.

An assault by the rebels on Bangui was slowed down by Central African soldiers, and allied Rwandan and Russian forces, as well as MINUSCA.

The latest attack on Bangassou came one day after rebel forces launched an attack on Damara, 70 kilometres north of Bangui.

MINUSCA said the rebels were pushed back by Central African soldiers and Rwandan troops, with reinforcements expected to arrive by air on 2 January, and a presence of Russian forces also on the ground, according to reporting by Bangui correspondent Charlotte Cosset.

Residents of Damara fled the fighting into the bush surrounding the town and described heavy gunfire. Witnesses said the gunfight continued until the end of Saturday morning, with some clashes on the main roads.

There were no immediate reports of civilian casualties or numbers of dead among fighters.

Damara is symbolic target, not just for its strategic position as one of the last major settlements before the capital Bangui but also because Touadéra comes from the area.