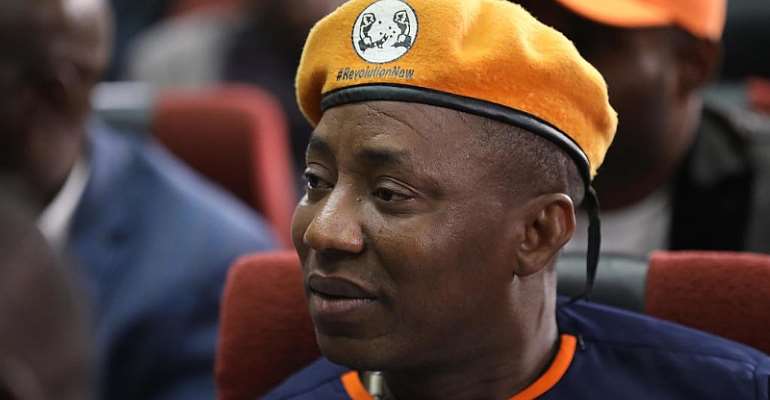 Prominent Nigerian publisher and activist Omoyele Sowore has been refused bail by authorities after being arrested for an “unlawful gathering” along with four other activists, according to his lawyer Femi Falana.

Falana told Nigeria's Punch newspaper on Sunday that Sowore had been denied bail over alleged breaches of Covid-19 protocols.

They were arrested for “unlawfully gathering at very odds hours” and causing tension amongst residents, a police spokesperson told the AFP news agency.

On New Year's Eve, Sowore used social media to call for demonstrations under the banner #EndBadGoveranceInNigeria, sending photos encouraging Nigerians to take to the streets.

Falana said his client had been beaten by police officers and was forced to seek medical attention. The lawyer said the police were waiting for “orders from above”, since he judged that breaking Covid-19 measures is itself a bailable offence.

The activist previously stood as a presidential contender in the February 2019 elections, and his arrest comes following a wave of protests in Nigeria complaining about police brutality, dubbed #EndSARS, referring to the Anti-Robbery Squad, despised by protesters.