Ghana: What a history of Hatred and Evil 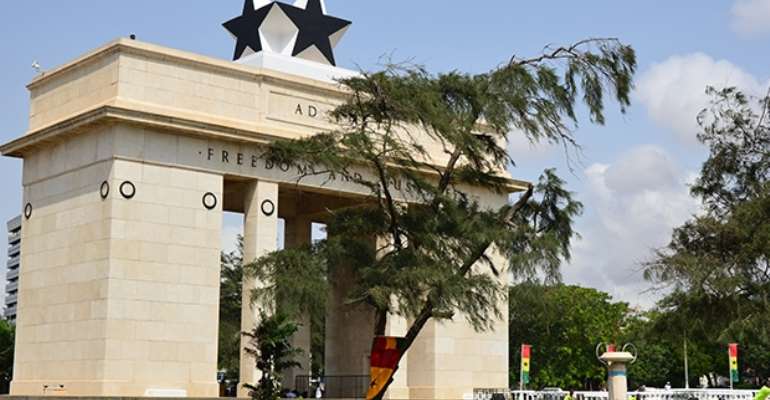 As the new year starts in 2021, we are reminded by a statement in the Christian Bible of predictions of an end of the world someday. The evil and wickedness of man in the world is supposed to end one day just like any human life.

The media reminds us of this important history in Ghana, often overlooked:

“Salifu Dagarti was born in July 1931 and died on 2 January 1964. He was a British trained Ghanaian police officer and presidential bodyguard who shielded Kwame Nkrumah with his body on the fifth attempt to assassinate Nkrumah since he came to power in 1957.” (Ghultimatenews,Jan.2, 2021)

Why will fellow Ghanaians try so hard to kill a man who led us to free ourselves from bondage and colonialism! Why?

I was in Secondary form 4 (equivalent to SHS-3) on that date. For those who value reading after they graduate from school, let me share this. History will vindicate Kwame Nkrumah as a unique God-given savior and teacher of our people! Yes! Mark my words! And do your comparisons!

The 5th assassination attempt in 7 years and Nkrumah never ordered mass executions and hangings of towns and villages and the families of his attempted assassins, as Shaka Zulu did a century earlier. Shaka warned “Never Leave an Enemy behind”. Was Nkrumah too naive and softened by Western civilization?

This writer is 74 and saw and heard all these attempts on Nkrumah’s life. It was terror! It was scary! For the young ones being brainwashed by their uncles of the UP tradition that Nkrumah was a bad leader or person, please read Nkrumah’s books as well as those of the Danquah-Busia group or NPP and make a fair assessment and compare!

Nkrumah was the man who opened the doors for all children, boys and girls, to be sent to school, Free and Compulsory in 1957. Many scholarships were available in Secondary or High School. Public Universities in Ghana were free scholarships and students even were given a small stipend.

Economically one can say then (if we use the Bawumia analysis) Ghana is 145,000 worse than it was in 1966 when Nkrumah was overthrown!

Granted no leader is perfect, What did Nkrumah do that was so bad? Examine the interests of the former Colonial masters and the Americans whose sole interest in other nations was exploiting minerals and what they needed. Nothing wrong with a people seeking what their people need.

The sad aspect is that Nkrumah’s policy of our people manufacturing what we consumed was a bitter pill for our white competitors who had dominated and colonized and even enslaved some of our people for over 400 years. They saw competition not only in resources but in job losses if they lost African nations as markets for their manufactured products. This threat was so especially as Nkrumah was doing business with both the West as also Russia.

For the black man who saw what Nkrumah was doing as a threat, let the record be set and the youth behind know the man was not a thief and financially was not trying to accumulate wealth for his family members as some today seem to be doing.

Nkrumah did the best any smart person would do who also loved his country and his people! Those who tried to kill him were evil! The Ghanaians who would take assistance from the West and for his overthrow were merely evil and greedy people who allowed themselves to be used by the American CIA and British intelligence who saw a threat from this young dynamic visionary African leader!!

There is evil thinking in every generation and every country. Ghana’s 2020 elections has been reported as having been conducted in as fair a manner as possible, but it still left many items undone and has led to some people destroying properties and about six people killed. Are Ghanaians today less evil in 2020 than in 1964?

The Bible says man reaps what he sows. The laws of Karma taught in oriental religions say the Soul of man carry with it the rewards of what they had sowed in previous lives!

We all have to ponder:

What is Ghana’s destiny?

Is Ghana today in 2021 better socially and economically than it was in 1964? Your answer may be as good as mine!

Enjoy the new year in peace and good health and good Karma! May God bless the nation and open the minds of the people.