Witchcraft and Magic: Human Beings Cannot Metamorphose Into Other Animals 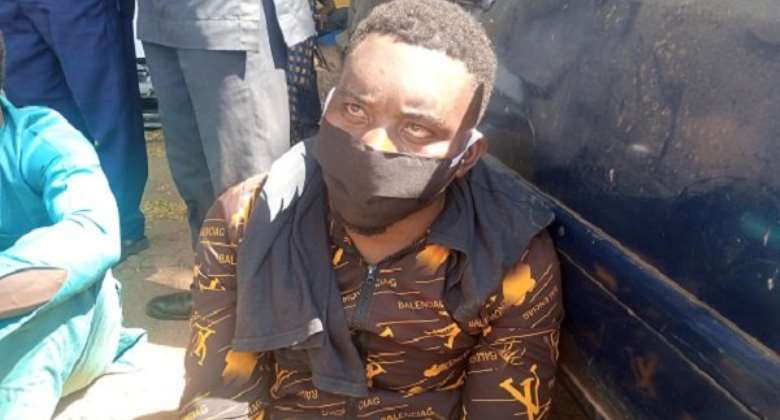 An Army Corporal, Charles Thomson who ran away from the theatre of operation in the North-eastern part of the country, has confessed killing his own mother.

The Advocacy for Alleged Witches (AFAW) declares that human beings cannot turn into other animals as popularly believed. That those who entertain this notion are mistaken and deluded. Like other absurd claims, this idea that humans can turn into birds or reptiles motivates people to commit atrocities. This pronouncement has become necessary following reports of attack and murder of persons who allegedly turned into animals to perpetrate some occult harm.

An army corporal, Charles Thomson has reportedly killed the mother because she was a witch. Thomson claimed that the mother used to turn into a serpent at night. So, to end the mother's supposed occult operations, Thomson murdered her in cold blood. Many cases of parricide, matricide, patricide, uxoricide, and infanticide are linked to therianthropy, the mythological ability of humans to metamorphose into other animals. Witch persecution and killing in many parts of Africa are motivated by this superstitious belief-that alleged witches at some point turn into other animals to cause some misfortune or perpetrate some harm. Turning into an animal is believed to be the way that witches use to disguise their identity and evil intent. Incidentally, this assumption provides the reality connection in the minds of witchcraft believers.

There have been claims that alleged witches turn into owls and fly out at night to inflict harm in distant shores and countries. With this narrative, Nigerians, Ghanaians, and other Africans who live in western countries attribute their problems and challenges to alleged witches in their home countries. Malawian migrants in South Africa accuse their relatives back home of being responsible for their misfortunes. These witch-relatives metamorphose into other animals or use 'witch planes' to fly and attack relatives who are living outside Malawi. Besides, there have been reports that alleged witches flying or returning from meetings crash-landed at bus tops, into churches or public buildings in Nigeria. The notion that human beings with occult powers can metamorphose into other animals is pervasive in African societies. The mistaken idea has gone unquestioned and unchallenged for too long. AFAW invites all Africans to critically examine this notion that human beings can turn into animals. Africans need to consider the following questions: Why are there no video recordings of human beings transforming into animals or vice versa? Why do we always receive information about this transformation as hearsay or as something that is perpetrated in the past or as features in 'Africa Magic'/home movies? Why do we only see published photos of animals and human beings before or after the supposed transformation?

The idea that human beings can metamorphose into other animals is baseless and false. This misconception harms those who entertain it, and also other human beings and animals. For instance, armed with charms that could make them fly away like birds when attacked, many people confront dangerous situations that they could have avoided, which often lead to their untimely death. As in the case of Thomson, many Africans have murdered relatives or condoned the torture and murder of persons who are supposed to have the capacity to turn into animals. Also, human beings have perpetrated acts of cruelty to animals believed to be witch-familiars or embodiments of occult forces. The belief has dark and destructive impact on human beings and other animals.

AFAW stresses the fact that the assumed ability of human beings to metamorphose into other animals is a myth, not reality, a fantasy not fact. Those who promote this belief including godmen and women; traditional priests, Christian pastors, mallams, and imams are charlatans and con artists. Those who use the narrative to mislead and exploit poor, ignorant, and gullible folks should be exposed and sanctioned. Persons who commit murder or abuse human beings who supposedly turned into animals should be prosecuted and jailed. In this new year, AFAW urges all Africans to become advocates against witchcraft allegations, witch persecution, and killing. AFAW enjoins Africans to abandon superstitious beliefs and embrace science and critical thinking.