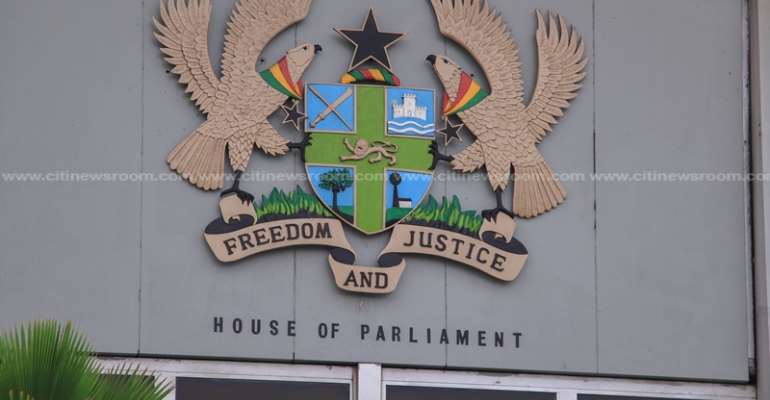 Ghana’s Parliament has announced its programmes leading to the dissolution of its seventh session to pave way for the inauguration of the eighth session on Thursday, January 7, 2021.

The line up of activities also covers the inauguration and swearing-in of President-elect, Nana Addo Dankwa Akufo-Addo on the same day.

A statement released by the Public Affairs Directorate of the house indicated that attendance to any of the programmes will strictly be by invitation due to COVID-19.

The statement signed by Parliament’s Director of Public Affairs, Madam Kate Addo disclosed that President Akufo-Addo will be delivering the final State of the Nation Address on Tuesday, January 5, at 10 am to the House.

The address will be followed by the dissolution of the current parliament at midnight, Wednesday, January 6, 2021.

Following the expiration of the seventh Parliament of the Fourth Republic, elected Members of Parliament of the eighth session will convene in the Chamber to elect a Speaker and his deputies at 12:01 am on Thursday, January  7 after which they will be sworn-in.

President Akufo-Addo will then be sworn-in as well on the same day in the House.

It further stated that the media and the public are to note that attendance of these events are strictly by invitation and All COVID-19 safety and prevention protocols will be strictly adhered to.

Results declared by the Electoral Commission (EC) indicates that the 8th Parliament will see both the National Democratic Congress (NDC) and the governing New Patriotic Party (NPP) having 137 seats each with an independent candidate.

With 275 constituencies existing in Ghana, a party needs at least 138 seats in Parliament to form a clear Majority.

This means the country will run a hung Parliament for the first time in its history.

Various comments have been made about the development with some political commentators expressing optimism that a hung parliament will strengthen parliament as an arm of government to perform its roles effectively.