By By Eric Adjei 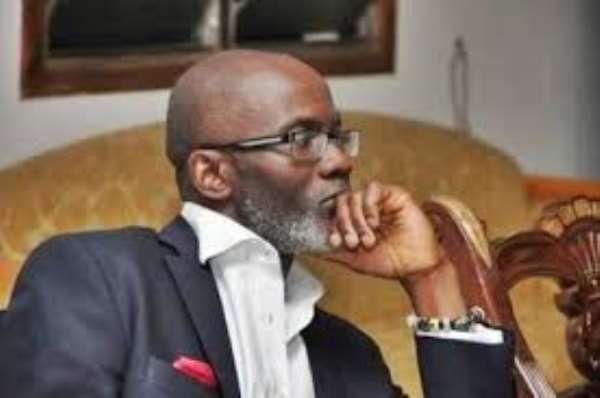 President John Dramani Mahama has successfully filed in the Supreme Court in accordance with article 64 of the 1992 constitution, to Challenge inter alia the constitutionality of the said declared results by the Chairperson of the Electoral Commission on the 9th December, 2020.

Among some of the reliefs been sought by him was the fact that, the purported declaration made on the 9th December 2020 of the presidential results, is unconstitutional, null and void and of no effect whatsoever.

Now the case has successfully been filed and awaiting response from the Agyapa Royalty Lawyers who pride themselves as having the best law firm in Ghana. Unfortunately enough, there isn't anything like $2 million legal fees so they opted for a dog to eat the bones since there is no flesh.

Gabby Otchere Darko should have known that his uncle is in a critical condition now so this is the time to prove to Ghanaians that if he performed the legal magic to win the Agyapa Royalties deal he can perform that same magic to defend his uncle at the law court, but he couldn't prove it.

Ghanaians were expecting Gabby to respond the same way Asante Bediatuo responded to Martin Amidu but I think his legal mind is on Christmas break he might come back strong, anticipate!!! Standing the principle, we in the NDC requires that Justice must be done in a way not to subvert the will of the over six million electorates who voted for change, a change that will ensure the independence of the Judiciary and freedom of the press.

Inside Politics: Political Quotes
Catch up with all the political quotes from our politicians.
Sponsored
More Letter
Modern Ghana Links
An open letter to the NUGS President
Open Letter to the President of Ghana Nana Akufo-Addo from Ashantis
End The Carnage Against Us: An Open Letter from Trees to Ghana Government and Parliament.
An open letter to Carlos Ahenkorah
An Open Letter to President Elect, Nana Addo Dankwa Akufo-Addo
Open Letter To Hon. Tangoba Abayage And Dr. Vida Yakong
A letter to Dela Coffie
Open Letter To Vice Chancellor And University Council Of University Of Ghana, Legon- Research Integrity Of The Department Of Political Science
Open Letter To The President: Making Accra The Cleanest City In Africa
Election Reports Quotes Dossiers
TOP STORIES