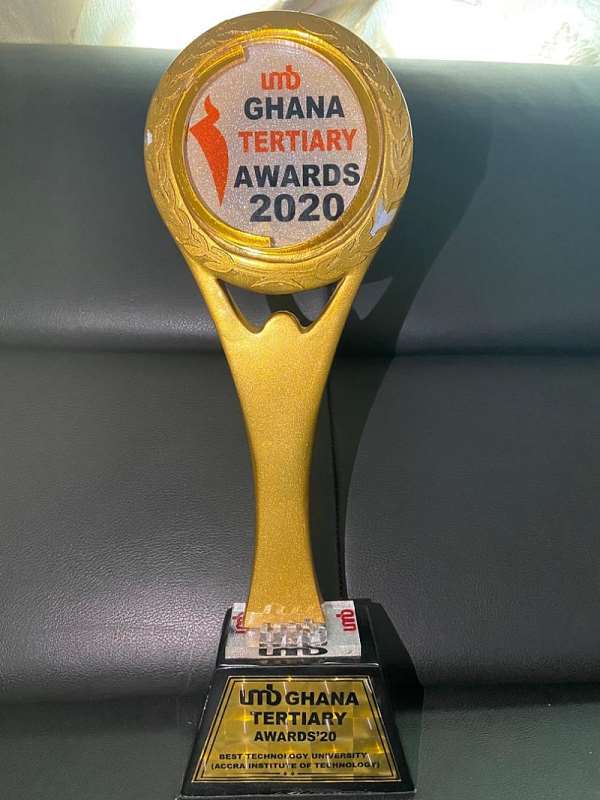 Accra Institute of Technology (AIT), consistently ranked the top private University in Ghana was announced the winner of the three most prestigious awards at the just-ended 2020 UMB Ghana

• THE MOST OUTSTANDING INSTITUTION IN COVID 19 TIMES AWARD

The awards scheme was organised by CrossMark Marketing with UMB as its headline sponsor.

The Accra Institute of Technology has won the BEST TECHNOLOGY UNIVERSITY for the FOURTH YEAR running. This enviable title was put to test when COVID19 set in with the university coming out with excellence in demonstrating how to deploy its technologies and systems to ensure uninterrupted academic activity in an educational institution even in the face of a global pandemic.

AIT since its inception in 2009 has extensively been deploying cutting-edge educational delivery technologies and systems to support teaching and learning in all its undergraduate and postgraduate programs.

As the only university in Ghana operating both campus-based and open university systems, AIT is one of the few Universities in the sub-region to easily and seamlessly roll-over all its academic program delivery and operations online during the COVID-19 pandemic.

Campus-based face-to-face teaching and learning had zero impact on the operations of the University. This success among many others is what accounted for the award for the MOST OUTSTANDING INSTITUTION IN COVID-19 times to be bestowed on AIT.

The AIT success story cannot be told without mentioning the creativity, strong leadership, and direction from their able President, Prof. Clement Dzidonu. The award-winning Professor has, through AIT transformed educational delivery in the country using Technology. It is little wonder then that he deservedly won the BEST EDUCATOR OF THE YEAR AWARD.

Receiving the awards, on behalf of the Unversity, Mr. Dominic Osei Boakye, the Chief of Administration of AIT expressed appreciation to the organizers for recognizing AIT’s achievements as a leading technological university providing quality tertiary education in Ghana. 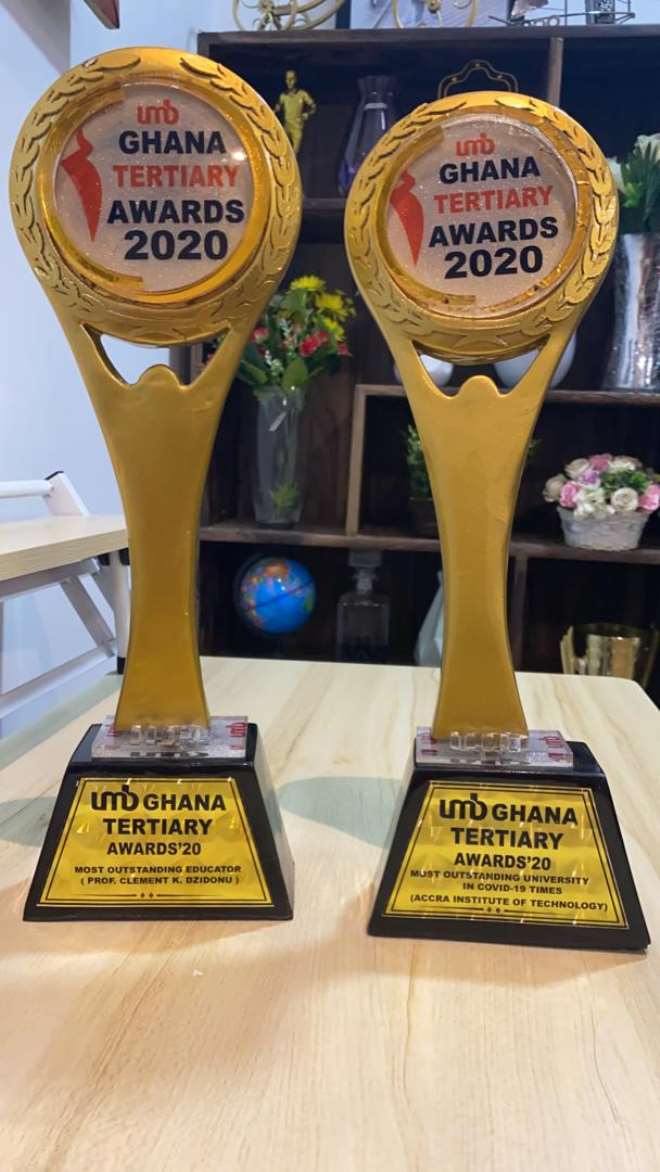