Nigerian worshippers at a loss as 'crossover' prayers cancelled 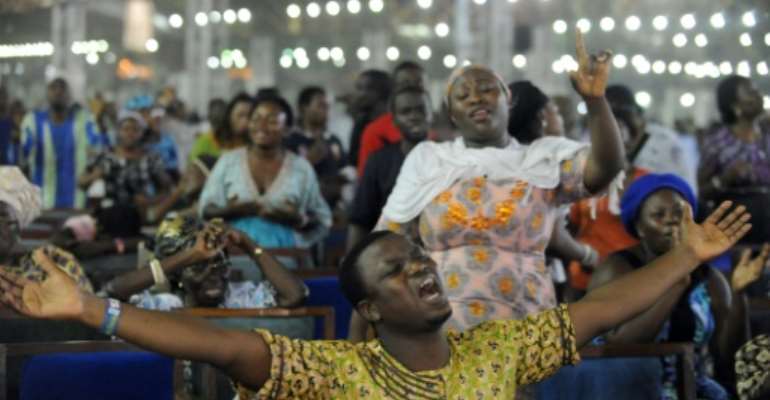 'Crossover' is an eagerly-awaited moment for many Nigerian Christians. Congregations pray throughout the night on New Year's Eve that the coming year will be good. By PIUS UTOMI EKPEI (AFP)

Across Nigeria, New Year's Eve is usually marked by millions of Christians gathering in churches to usher in the New Year, praying for a better year ahead.

But this year, the all-night celebrations have been widely canceled because of Covid -- and many worshippers, desperate to turn the page on 2020, say they feel a void.

Every December 31, chants of "Amen" and "Hallelujah" rend the air of many Nigerian towns. Hugs and handshakes are exchanged, and at midnight the glow of fireworks lights up the skyline.

It is not uncommon to hear optimistic declarations such as "This year is my year" -- or to see thousands, sometimes tens of thousands, of worshippers break into a dance of celebration at mass events.

But in several states across southern Nigeria, government-imposed Covid-19 restrictions mean that "crossover," a key day in the calendar for Nigeria's estimated 86 million Christians, will not happen this time.

As of Wednesday, Nigeria had registered over 85,500 cases from Covid-19 and 1,260 deaths. The country has seen a surge in cases in the last few weeks, although but lack of testing means the number may be higher.

In Lagos, a metropolis of some 20 million souls, religious gatherings have been capped at 50% of the usual capacity for the venue.

In Nigeria, that can still be a lot of people -- some churches are as big as stadiums, able to seat as many worshippers as a major football final.

But services must not exceed two hours, and there is a midnight to 4:00 a.m. curfew. Many churches in Nigeria are accustomed to praying until the sun rises on the New Year.

But it eventually backed down and asked churches to end their services before midnight instead.

The Precious Cornerstone Ministries, a Lagos church with a congregation of around one thousand people, said it would hold a socially distanced service from 7pm to 9pm to ensure the faithful can get home before the curfew. 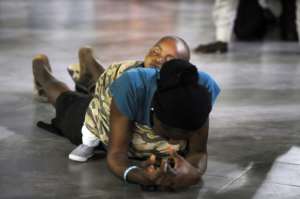 A woman prays with her baby on her back at a past crossover service at Lagos' Redemption Camp, a Nigerian Pentecostal church. By PIUS UTOMI EKPEI (AFP)

Pastor Joachim Oloye is trying to see the bright side.

"If you're having your service in the afternoon [in Nigeria] and you say 'Happy New Year,' you're not even out of place, because to someone who is in Sydney, Australia, it is already the new year," Oloye told AFP.

"God will heal our land of coronavirus and things will not be as worse [in 2021] as it is this year, by the Grace of God," he predicted.

"There will be a crossover service next year... God will want us to congregate and have a great time."

'It feels somehow... like something is missing,' says Dare Olaobaju who has attended in person crossover service at the Daystar Christian Center every year for the past nine years. 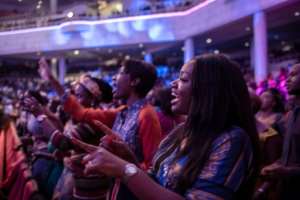 Christian services in Nigeria are often exuberant affairs, staged in venues that can hold thousands of people. By STEFAN HEUNIS (AFP)

And while members of his congregation like Olaobaju say they understand and are not "stressing," New Year's Eve certainly does feel different this time.

'I miss the physical connection, the ambiance, the noise, the hugs (...) and the fireworks,' Olaobaju says.

The past year has been particularly grim for Nigeria.

The jihadist group Boko Haram carried out a string of ruthless attacks, culminating in the kidnapping of hundreds of schoolboys in the northwest of the country.

The country slipped into economic recession for the second time in four years as it wrestled Covid-19, and many Nigerians lost their lives in protests against police brutality.

Now more than ever perhaps Nigerians do need fireworks -- a sign streaking across the sky that carries with it the hope for a better year.

It’s ridiculous to ask Mahama to prove that no one got 50+ v...
6 minutes ago

Don’t blame your defeat in court on Jean Mensa – Ayikoi Otoo...
19 minutes ago