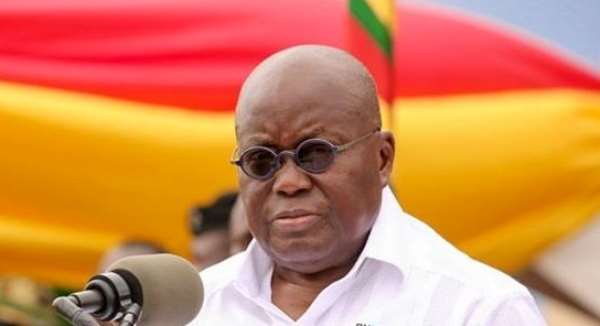 President Akufo-Addo has promised to discharge his duties to the best of his ability, following his re-election in the recently held general elections.

He indicated that his re-election imposes some “very serious and grave responsibilities.”

Speaking at a final meeting with members of the Council of State, President Nana Akufo-Addo was hopeful of meeting the expectations of Ghanaians.

“I have been humbled by the renewal of my mandate to continue for a second and final term as President of the republic by a decisive majority of the people. I will discharge my duties to the best of my ability and I believe that in so doing, I will meet the expectations of the Ghanaian people,” he added.

The NDC has embarked on a series of protests over alleged voter fraud and irregularities in the just-ended polls.

The party’s flagbearer, John Mahama, has formally filed a petition at the Supreme Court to challenge the outcome of the December 7, 2020, presidential elections.

The suit was filed today, Wednesday, December 30, 2020, by Mr. Mahama's lawyers following the party's audit of the 2020 Presidential results “and extensive consultations with the National Executive Committee and Council of Elders of the party.”

In a statement, the NDC said the petition details “serious violations of the 1992 Constitution by the Electoral Commission and its Chairperson and Returning Officer for the Presidential Election, Mrs. Jean Adukwei Mensa in the conduct of their constitutional and legal responsibilities.”

The petition seeks among others, a declaration from the Supreme Court to the effect that, “the purported declaration of the results of the 2020 Presidential Election on the 9th day of December 2020 is unconstitutional, null and void and of no effect whatsoever.”