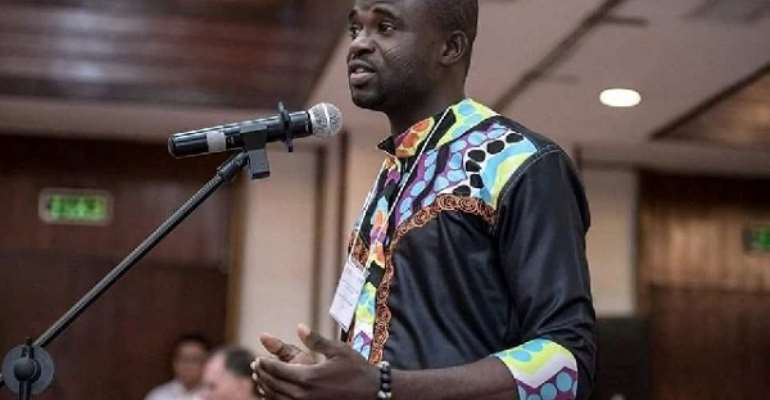 I come in peace, and I come as a brother “rat” from the North. I wish to stand by my fellow “rat” like you in these trying times. I have your senior brother (name withheld) as a respected comrade, so I respect you and your entire family.

Out of the blues of the stolen verdict (2020 elections), I decided to sink my energies into being my sole animating force in my own self-created cubicle where life is simply simple and a reflection of my beliefs. I decided to keep my thoughts to myself and never to allow my nerves and guts short-circuit my little brains. I have been in this world until I saw a piece you authored in which you expressed your opinions on the stolen verdict and matters arising out of the killing of unarmed civilians and other related matters.

Manansseh, I read the beautifully-woven piece of yours in passing, because in my opinion, it was too late in a day after you glossed over all those happenings at the heat of the moment and went ahead to call on Mr John Mahama to sacrifice the will of the people for his personal image. What brought me out of my small cubicle isn’t about that opinion of yours, but the threats to your life and the adjoining issues.

Before I open the box of worms, let me first say that I, Kudus Gbeadese, has forgiven you for that empty Ford Expedition bribe allegations you wrongly leveled against HE John Dramani Mahama, and more particularly for releasing such a story on the day Mr Mahama lost his mother.

In 2019 when I took that decision to unfold your folded folder, I also swore never to forgive you for that singular act of breaking an already broken heart of John Mahama on that 15th June, 2016, when you deliberately aired that Ford Expedition story on that very day Mahama was to bury his mother. This was the reason I took it upon myself to unfold and review your folded folder. Surprisingly but expectedly, Mr Mahama’s own kinsmen from the Jakpa Kingdom did not only break his heart, but scoff at his identity as a Gonja, mocked and incredulously suffocated him to perpetual comma. With this, who am I to oblige you to be soft and be responsible once you are dealing with issues of a colleague Northerner (rat)? So you are forgiven, and I am equally sorry for expecting that much from a distant brethren from the Upper Region. Well, you may want to know, I am Kudus, a Kamara in Gonjaland and not a royal in the land.

Now, back to the substance...I know your life as a journalist has been threatened God knows how much. I also know the hazards of your profession. Sir, do you ask yourself why you were singled out and threatened in this particular instance? Do you ask yourself as to why Ahmed Suale had to pay the ultimate price when Kweku Baako and others were part of the syndicate that masterminded No. 12? Do you see that they proudly used Ahmed Suale’s murder as a case to threaten you too? Just for you to know, the name Ahmed Suale sounds much like yours, just like Mahama or Bawumia, Hameed, Adongo or Haruna. Beware!

Sir, are you sure your voice and opinions are stronger than that of Kwame A Plus? Who has exposed, attacked and insulted the NPP and President Akuffo-Addo than Kennedy Agyapong? Who has endangered and maimed the lives, dignity, integrity and reputations of Ghanaians than Kennedy Agyapong? Who dare call him a name closer to a “rat” you were called, let alone threaten to eliminate him to get Ghana working? What was your crime sir? What special opinion did you express in this case that Franklin Cudjoe or Kwame A Plus or Bola Ray or Bernad Avle didn’t express even in raw terms?

Well, remember your identity, and like they say, you have to always watch your palm anytime you chew the palms of a monkey. I am not asking you to waive your objectivity and independence to save the faces of your Northern brethren, but you may just remember that the people you dine with when you were digging the graves of your Northern brethren are the very people who have their fingers clipped on to the trigger and waiting for the orders from the emperor so they can take your harmless life. Remember your beautiful wife and children my brother. Remember you can run to Krachi but you can never claim ownership of the land you may want to plant a corn. Home will forever remain home!

In 2015 when I was writing my thesis, I took the pain to do so on SADA. I went specifically to look for what went wrong with the tree planting project that SADA undertook. I investigated the policy proposals, the thinking and the ultimate objective that went into that project, and the only problem I unveiled was the fact that the policy was not well communicated and stakeholder engagements with the beneficiaries was lacking. Aside this, about 80 to 85 percent of the trees survived as against the half-baked story that you told to the world that those trees were planted during the dry season, and that they all died in the process. My findings were corroborated by the report from UDS. Tell me whether the so called “meaningless dams” as constructed do not deserve an investigation and a comprehensive report from your folder. Life choices anyway.

Manansseh, I know with hindsight, you wish you never pulled down your brother, Roland Agambire. Mind you, you didn’t didn’t only pull down an upcoming entrepreneur from your own backyard, but you denied thousands of their daily bread and made several thousands jobless. Although you were doing your work as a Journalist to achieve results. And maybe you were probably promised by the current regime of better programs/projects under their proposed Northern Development Authority, that will see an improvement of lives of the poor Northern farmers. Well, you were wrong with your thoughts and believes if there were any.

Since it’s reconstitution and change of name from SADA to NDA, the only thing I’ve heard or read about it in and around 2019 was the story of the missing of about 700 tricycles and several hundreds of Motorbikes. I waited painfully to read a report from your folder, but I was disappointed. Up until today, the only action the government under your darling Nana Addo took was to fire the CEO, Alhaji Haroun Majeed, who rather reported the matter to the CID for the right action to be taken. Unfortunate anyway! In the process we heard names of other appointees who were implicated, but expected of this president, those people were rather protected and promoted.

I have followed your extensive investigations into the activities of Zoomlion and its CEO, Joseph Siaw Agyapong. In fact, his story and case are practically worse than your own brother, Roland Agambiri, if we want to put both scenarios to same standards. To your amazement, your own friend and darling President, Akufo-Addo, praised him, urged and admonished him to call the bluff of haters and jealous bystanders like you (Manansseh). I wasn’t surprised anyway, because I didn’t expect anything better from President Akufo-Addo as far as the fight against corruption was concerned.

Pity you my dear brother, because the swiftness and the dexterity with which you came attacking the person of Mr John Mahama anytime anything seemed to have gone wrong, that energy on you was lost in the last four years. Not even the goodwill, tolerance and openness of Mahama could get you to sleep over your hard opinions before unfolding them on your uncensored scripts.

Today, you move from exile for doing your work, to a limited but unsafe dungeon where your opinions are constricted, censored but still dangerous to your very existence. Was it this you bargained for when you said if even a sheep was put on a ballot against Mahama in 2016, you were going to choose the sheep over Mahama?

Maybe you should be told that to be a good leader is not to make juicy but unrealistic promises, neither is it to give freebies to taxpayers, it is to create a safe, just and equal systems for even the most socially excluded in society to be able to realize their dreams without systemic hindrances and discrimination.

Within the last two weeks as I closed my world to myself, I became an ardent follower of Indian Yogi and Author, Jagadish Vasudev, publicly known as Sadhguru. In one of his inspirational tales was a story of an ambitious Cuckoos. The cuckoos has been on the tail of a mother cow who usually graze by a kapok tree. The ambitious cuckoos kept making one wish every other day...”when will I get the strong feathers to fly and settle on the last branch of the kapok?”...the wish of the cuckoos. Just before ambitious cuckoos could make another wish, mother cow whispered to him...”eat my dung anytime we go out to graze and very soon you (cuckoos) will be able to fly high above the kapok.

Lo and behold, cuckoos could fly high and above the kapok after eating the dung for some days. One very funny day, after eating the cow dung, cuckoos flew up and settled on his favorite last branch where he could feel the sun and see the world better. There and then, an aimless but hungry hunter spotted cuckoos, took his gun, aimed and shot him down. Ambitious cuckoos became the next sumptuous meal of the aimless hunter and his hungry family.

Lesson: even the wasted shit can you get you up and above your dreams, but it may not be able to maintain you there.

Merry Christmas and a happy new year to my good brother Manansseh Azure Awuni. Stay safe and pray for a government that will protect your life and give you unlimited space to practice your journalism in peace and not in asylum.