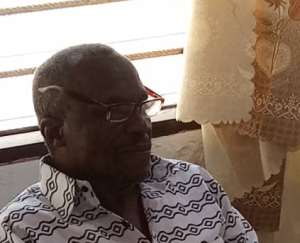 A member of the Rosicrucian Fellowship, Cape Coast Centre, Mr. Ebo Davies who is also known as King Ebos says Christmas must be celebrated by all irrespective of ones religious faith.

"That would be very serious and we cannot allow Satan to claim a day for himself during which others would acknowledge him".

According to him, though Christmas is not explicitly stated in the Bible as is being said by most people, but astrologically Christmas has a lot of benefits for humanity.

"We should not necessarily link it to paganism and avoid not being part of its celebration.

"This is the holiest of all the nights and it carries a lot of spiritual vibrations for mankind. This is the only time the aura of the Earth and that of the Sun intermingle and when that happens, then, we say, the 'sun' has been born unto the earth. This means that, the Sun and the Earth have become one".

He continued that after the highest intermingling of the aura of the Sun and the Earth on the 24th of each December, the auras begin to fall apart afterwards until it gets to its normal state again.

He was speaking to D.C. Kwame Kwakye on GBC Radio Central's popular socio-religious show "ABOUT LIFE" today Sunday 27th December, 2020, on the topic "Does Christmas Have a Pagan Origin?"