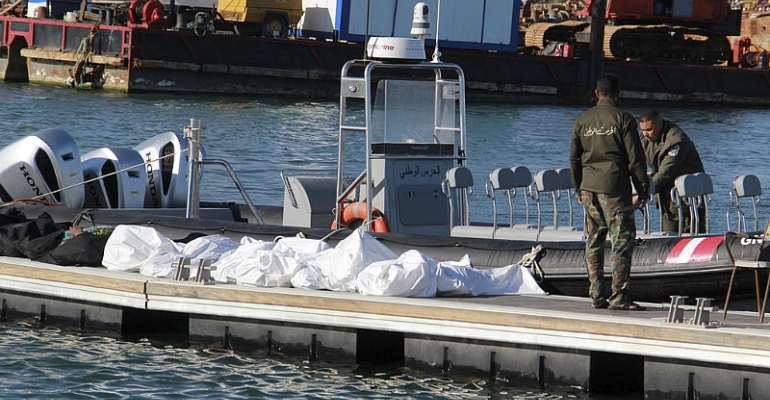 Tunisia's coastguard on Thursday retrieved the bodies of 20 migrants after their boat capsised, with at least 15 more, including children, still missing.

The rescue effort took place off the port of Sfax in central Tunisia, Zekri said, adding that those on board came from sub-Saharan Africa, without giving further details.

More than 40 people were on board the makeshift boat, according to Mourad Turki, a spokesman for the Sfax court.

Thirteen of the 20 dead recovered were women, Turki added.

Khaled Hayouni, a spokesman for the Tunisian interior ministry, said the boat was heading to Italy when it sank. He said that some of the bodies had been taken to a Sfax hospital for autopsies to determine the cause of death.

Tunisian fishermen, who were nearby after the sinking, said that children were also on board the boat and are still missing, said Turki. Tunisia is just a few hundred kilometres from mainland Europe, and has long been a point of embarcation for illegal migration to the continent.

Revolution
The number of departures by desperate migrants seeking a new life in Europe peaked in 2011, following the revolution that overthrew Tunisian dictator Zine El Abidine Ben Ali. According to the International Organisation of Migration (IOM) more than 25,000 Tunisians then left the country.

Although numbers have dropped significantly in recent years, illegal crossings from Tunisia to Europe jumped by more than 150 percent in January to April 2020 compared to the same period last year, according to the United Nations refugee agency.

Many of the migrants are from sub-Saharan African countries fleeing economic hardship and crisis at home.

Earlier this year, RFI reported that in parts of Tunisia, unemployment has reached 35 percent as the country experiences its worst recession since independence in 1956, a situation which has led to thousands of young men attempting crossings of the Mediterranean hoping to reach Italy in search of a better life.

According to the interior ministry in Tunis, 8,581 migrants were intercepted after setting off on the perilous Mediterranean crossing between January and mid-September. A quarter of them were non-Tunisians.

Earlier this month, the Tunisian navy said it had intercepted 93 migrants after their boat broke down off Sfax during an attempt to reach Italy.