A blind man from the Bono Region writes to Akufo-Addo 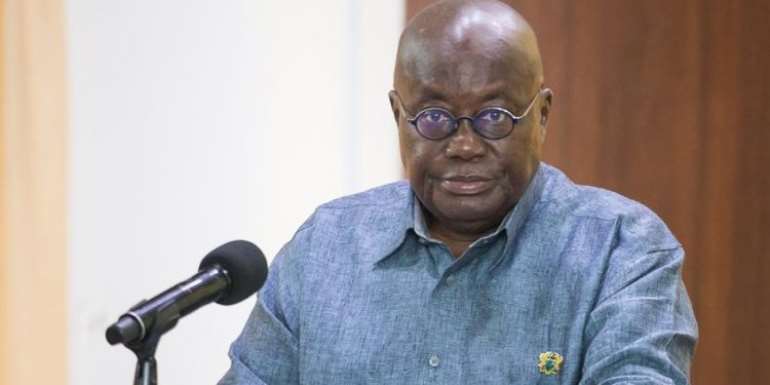 Before the hovering dust on Ghana's 2020 elections settle, and as to whether or not the main opposition party, the National Democratic Congress's (NDC) candidate, John Dramani Mahama concedes defeat as announced by the Electoral Commission (EC), a blind man has sent his congratulatory message to the president-elect, Nana Akufo-Addo.

The physically challenged man by name Mr Ebenezer Nsowaa and is based in Badu in the Tain District of the Bono Region, added to his open letter what he wishes the President do for Ghanaians in his second term.

Congratulating the sitting President for being given a second mandate to serve Ghanaians, Mr Nsowaa literally petitioned the President in good faith that: pro-poor policies started already should be continued.

As culled into this writeup, the champion for disability rights admonished the President to continue building the national cathedral, care for the aged, and continue to complete projects commenced by his predecessors. 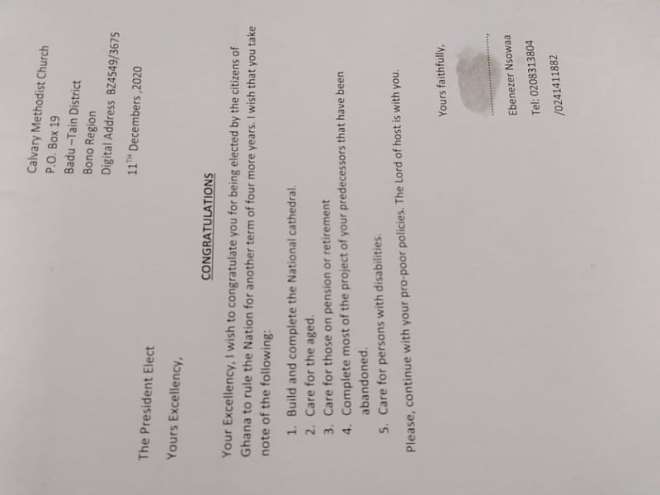