Protect and consolidate the base 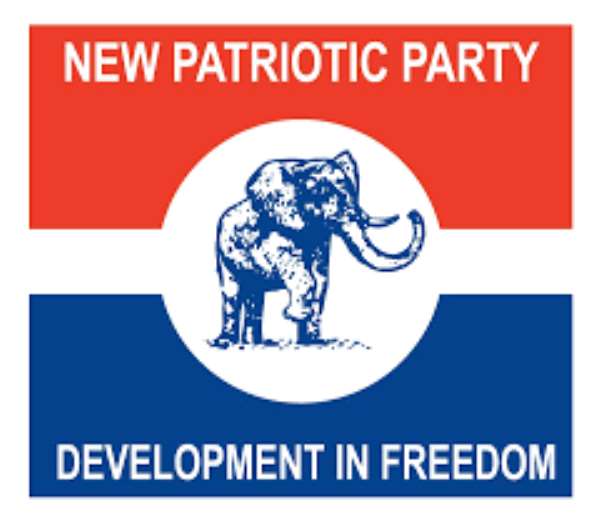 The recent presidential and parliamentary elections in Ghana have, unexpectedly, laid bare the urgent need for any NPP government, particularly, that of Nana Addo Dankwa Akufo-Addo to protect and consolidate the NPP core-base i.e. if they’re really serious of governing beyond 2024 to continue with their strategic development of every corner of the country and to safeguard the equitable distribution of resources and the judicious use of taxpayers’ money.

Why this observation?
Since the inception of the 4th Republic, the NPP base has made tremendous sacrifices of their local demands and needs and have arguably guaranteed the security and peace of the country both in opposition and in government. They suffered an enormous infrastructure deficit in their communities under Rawlings’ two-term presidency (not to mention his 19 years rule prior to that). The succeeding Kufuor’s two-term government focused on getting the country out of its massive debt stranglehold it inherited from the P/NDC governments, and then afterwards concentrated on its signature transformative achievements like the National Health Insurance Scheme, Capitation Grant, School Feeding programmes etc. for the benefit of the whole country and, therefore, never fully addressed this deficit. Even the Inland port and International Airport promised that have the potential of spurring on local private entrepreneurship and developments, never practically materialized. Things even got worse and deteriorated further under the wasteful 8 years of Atta Mills/Mahama government where there were no meaningful developments in the country as a whole and even for those few that sprang up in the capital, expenditures were allegedly overblown. Then came Akufo-Addo’s government where the base again was made to sacrifice their local demands and needs in order for the government to focus on catering for the whole country with its transformative, forward-looking policies.

The average long-suffering faithful supporters from NPP core-base have always been asked to make enormous sacrifices for the sake and benefit of the whole country. Many a times, they’ve been asked to look at the bigger picture and urged to forgo and sacrifice their respective local demands and needs from the NPP governments for fear of the party being tagged as partisan while they look on enviously when lucrative business contracts are awarded to people from the opposite side and infrastructure developments spring up in opposition localities of the political spectrum.

The base is very much aware that they also benefit from the NPP governments’ programmes as a whole, the frustrations only come in when the NPP governments go extra mile to address the local needs and demands of the non-base communities. Despite all these frustrations and dissatisfaction with their demands and needs, the base came in their numbers, yet again, to rescue the party from near disaster in this recent elections because they looked at the big picture, as the alternative is the retrogressive NDC government that’s bereft of any ideas but full of propaganda and lies. The NDC would waste taxpayers’ money through corruption and incompetence and would neither develop its base nor that of the opposition’s, let alone the whole country.

No certainty nor guarantee in expanding the base:

There is, absolutely, nothing wrong in expanding the party’s base with ideas, sound policies, infrastructural developments, incentives and goodwill but to do so at the expense of the party’s natural core-base is, particularly, suicidal and useless in one’s point of view. If the sense is that; concentrating developments in these non-base localities at the expense of the core-base is going to make the party look non-partisan, acceptable to those communities and hence elicit any kind of appreciation or gratitude in terms of widespread votes then 'the powers that be' should forget it, because that ‘ain’t happening’ anytime soon enough!

The reasons being that there are a notable number of districts, constituencies and regions in Ghana that will continue to be parochial in their needs, demands and their measure of success and satisfaction. No matter what the NPP governments manage to do for them, be it infrastructural developments in education, agriculture, roads, buildings, dams, fishing and sea defence systems that directly benefit the very communities in those respective districts, constituencies and regions, they’ll still not be satisfied and objective in their assessment of the party.

Further, a sizeable majority of the people in some of these communities in those districts, constituencies and regions could be said to be susceptible to conspiracy theories, stereotypes and propaganda about the NPP and hence they’ll continue to see the NPP as the ‘enemy’ party irrespective of any good faith gestures, rapprochement, goodwill measures and honest discussions. So why bother too much anyway? For these and other reasons, they’ll fail to see, at least, the big picture in NPP governments’ good policies that benefit their people as part of other advancements that move the whole country forward.

As earlier stated, the party can continue to endeavour to make meaningful in-roads and expand in the non-base territories which is good but one stands to be corrected here; even if the NPP wins majorities in these non-base areas, there is no certainty nor guarantee that the NPP can win power with that alone without the majority of its core-base turning up to vote. The struggles of NDC electorally should give NPP pause for thought. The NDC can only win through cheating and disruption.

For the sake of the viability of NPP, taxpayers' money and the democratic dispensation in the 4th republic, the following concerns need to be addressed urgently because there is only so much sacrifice the NPP core-base can make for the good of the whole country, coupled with the frustrations that NPP and its supporters are always expected to be the ‘only adults in the room/country’ while the other parties and their supporters, especially NDC, run amuck and continue to throw tantrums anytime they don’t get their way.

First, the NPP party must go back to the basics of choosing their primary candidates by allowing selection of candidates through local party members and avoid any imposition as, allegedly, happened last time around. NPP’s (Ours’) isn’t a ‘one-man-show’ nor a coronation parlour, it’s a competition of ideas, policies, and the power of persuasion by allowing the electorate to elect their own choice through contests. Imposition is an anathema to the core democratic principles and foundation of the party and anyone worth his/her salt to lead or represent the party has to submit himself/herself to competition to get that mantle, irrespective of how popular the person happens to be. It’s this brand that attracts men and women of goodwill and motives to the party and losing this brand makes the party just like any other party in Ghana and therefore, it stands the risk of upsetting its core-base which is even more discerning, astute, very unforgiving and critical of the shortcomings of its own people.

Second, the NPP has to correct this attitude of taking things for granted either with its core-base electorate, with the opposition party or with the general electorate: That’s to say, the belief that; the base is guaranteed to vote for the party, no matter what, and thus it can afford to dismiss the base’s concerns. That it can continue to be immune to this perception of ‘you scratch my back I scratch yours’ with the opposition NDC as far as non-prosecution of alleged corruption charges are concerned. And last but not least, the thinking that its good works, deeds, transformative policies and sound management of the economy alone will endear the party to the general electorate/public and thus take it to the finish line at every election. The loss of NPP parliamentary seat in Medina constituency (and others) is a clear example of this complacency.

Third, it’ll be very wrong and disappointing, therefore, on the part of NPP to assume that ‘it’s business as usual’ now that the elections are over, and the presidential election is won. It’s this attitude that tends to cause them to gloss over or dismiss the nitty-gritty stuff which often is perceived or comes across as arrogance and intellectualism to well-meaning individuals as well as to those with ulterior motives. It’s this attitude that gives the perception that they’re only paying lip service to the corruption fight and as such not in it to fight it with all the vigour and seriousness it requires e.g. the failure to prosecute fully all alleged NDC crimes. It’s this attitude that inclines the party to feel that it can continue to ignore its core-base and allow others to, mischievously, frame the narrative to define all Akans as monolithic group to those who are gullible enough to believe so and hence the desire to correct this perception by embarking on this so-called expansion of the base at a huge cost to its core-base.

None of the above is sustainable. There is a genuine fear of complacency setting in, incurring the displeasure of the core-base hence the need for an immediate course correction by the party.

For the above reasons alone, there is an immediate need to avoid complacency to ensure that the base is satisfied as a matter of urgency. There is absolutely no point in neglecting and then incurring the wrath of the ‘golden goose that lays the golden eggs’ for some phantom expansion. The NPP governments must learn quickly to make both possible i.e. developing the core-base areas with the same zeal as they do with the non-base areas, and they should manage to do both at the same time, effective immediately.

In conclusion, it could be said that the long-suffering NPP core-base, as at now, has no choice/alternative but to continue with its sacrifices of seeing the bigger picture in NPP until the opposition parties get their act together to provide further better alternative to most Ghanaians with honest leadership and an informed progressive policies and ideas that benefit the majority of Ghanaians and move the whole country forward.

With that said, this year’s elections clearly demonstrated that there is a limit to any endurance of NPP base's sacrifices and commitments, and the party ignores the core-base at its own peril. As it’s often said in ‘Ogyakrom’, a word to the wise is enough.