NDC in Diasporas Demand Forensic Audit of Elections or Mahama be Declared the President. 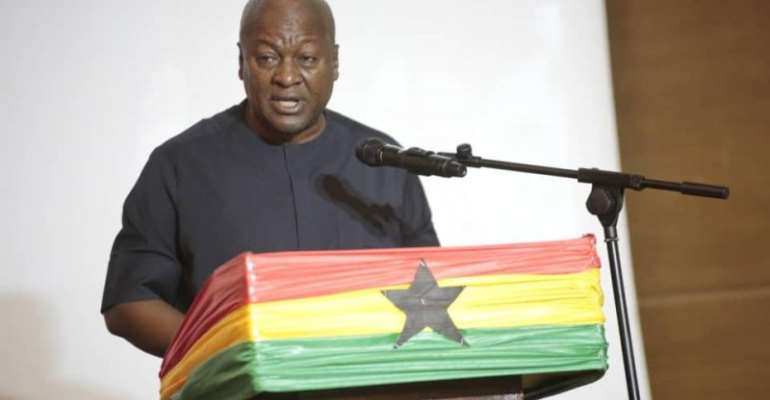 Ghanaians went to the polls on 7 December 2020 to elect their President and their Parliamentarians for the 8th time since its Republic in 1992. Although both parliamentary and presidential elections were peaceful, albeit some few complaints, the end result has been disastrous that demands condemnation in no certain terms. We in Diasporas have received videos and numerous evidences and witnesses’ testimony showing that the supporters of incumbent government stuffing already casted ballot papers in favour of their candidates. We also believe that the collation, transmission and declaration of results by the electoral officers and returning officers were not transparent, rather very dubious and flawed. These nefarious and deliberate collaborations planned by the incumbent government and supported by the Electoral Commission led by Mrs Jean Mensah have marred otherwise Ghana’s peaceful elections since 1992.

The stability of Ghana depends upon the capacity to balance concessions to the opposition with the fine control of electoral institutions. However, the incumbent party since ascending power peacefully on 7 January 2017 has tried to tailored electoral rules to its own benefit. The Ghana Electoral Commission has been controlled by the New Patriotic Party led by President Nana Addo Dankwa Akufo-Addo. The hegemonic Electoral Commission has contravened her own rules they created in the first place, and concealed electoral irregularities, just to praise the ruling government. The fundamental principle defining credible elections must reflect on free expression of the will of Ghanaians. But not an election where five (5) people are brutally murdered and sixteen (16) others wounded by the police and the military atrocities. Ghanaian people need nothing apart from free, fair, and credible election.

We are convinced Ghanaians on 7 December 2020 voted to return H.E. John Dramani Mahama, the Presidential Candidate for the National Democratic Congress to power. We are convinced the Chairperson of the Ghana Electoral Commission has subverted John Dramani Mahama’s win. In a rather bizarre circumstance, the Chairlady has declared President Nana Addo Dankwa Akufo-Addo as the winner in a pre-recorded video. Since our 4th Republic in 1992, all Presidential declaration are broadcasted live in the presence of the Presidential Candidates Representatives, the media, various observer groups, and Ghanaians. But on 9 December 2020, EC boss did unthinkable by declaring one candidate on the blind side of Ghanaians.

And help us to resist oppressors' rule;

Suspend Sammy Gyamfi if he fails to apologize to Speaker, Ha...
42 minutes ago

Shame on you for abandoning post for 3 hours to go drink tea...
46 minutes ago