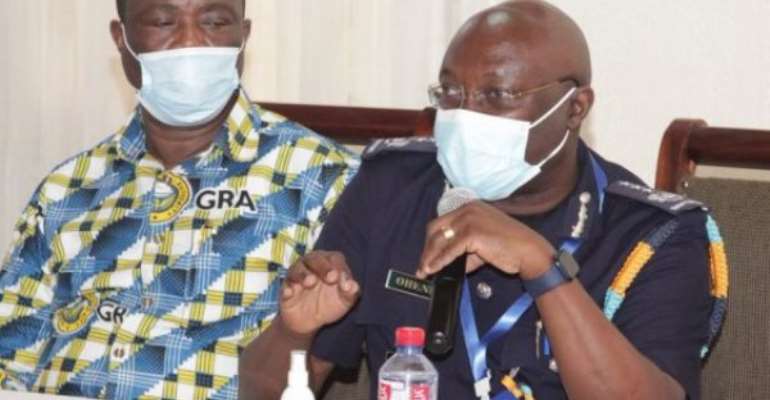 It said the system had succeded in eliminating the multiple routes prior to payment of duties, ensuring seamless processes, increasing revenue, speedy processing of pre-manifest declaration, and undertaking classification and valuation in the same system, among others.

The success of ICUMS has been attributed to the decentralisation of clearance processes from the Customs Technical Services Bureau.

Due to this, GRA exceeded its revenue target in August and November 2020 from the ports despite the negative impact of the coronavirus on the global shipping business.

Assistant Commissioner of Customs in charge of the Accra Sector Command, Mr Emmanuel Ohene said an amount of GH¢1.2 billion was realised monthly since the introduction of ICUMS.

“Tema collection in this month of November has exceeded its target. In August, ICUMS was responsible for the revenue target being exceeded,” he added.

Mr Ohene, who is also the chairman of the implementation team of ICUMS, revealed that the initial delay that users of the system faced when processing bills of entry, for example, was now a thing of the past.

He said ICUMS simplified the previous Pre-Arrival Assessment Reporting System (PAARS) and ensured that classification and valuation were done through the ICUMS with a customs supervisor, who quickly verified documents and generated a tax bill.

According to him, this has eliminated the multiple routes one had to go through prior to the payment of duties, which is a hallmark of the ICUMS system.

Mr Ohene said it took about two hours to process a pre-manifest declaration once an importer, through his or her agent, submits documents in ICUMS that were not subject to any queries.

“One of the very attractive modules which are being used by about 70 percent of the freight forwarders is the pre-manifest declaration; it is one of the pillars of trade facilitation agreement from the World Trade Organisation. It allows you to process paperwork and make payment prior to the arrival of the vessel,” he explained.

He said outstations across the various frontiers of the country could manage some of the various customs regimes, including import, export, re-export and transit, among others.

“In a place like Elubo, where we had a lot of complaints, the decentralisation has taken place. The same as Aflao,” he said.

Mr Ohene said the initial problem of manifest matching that bedevilled the system was currently non-existent.

He said ICUMS provided more than 7,000 tracking devices for the monitoring of transit cargo, leading to a stop on attachment of temporary escorts on transit cargoes.

Mr Ohene said the second phase of ICUMS was expected to be done by the first quarter of 2021.

He said before ICUMS, 141 customs officers across the country who hitherto were operating manually were brought on-board the ICUMS automated systems, and by end of first quarter of 2021, all customs offices would be on-boarded.

The Assistant Commissioner said ICUMS had its checks and balances on supervising officers at the various points of operations in the system, ensuring that no undue delays come up as a result of officers' bad behaviour.

“There's a performance management system in the ICUMS which monitors how long one keeps a declaration,” he added.

While admitting to some genuine complaints of the trading public regarding the new system, Mr Ohene insisted that ICUMS was significantly progressive with regard to trade facilitation in Ghana.

He encouraged users of the system to be hopeful as the ICUMS team plans to soon introduce the second phase of the system, which would see the few challenges fixed, as well as many added innovations.