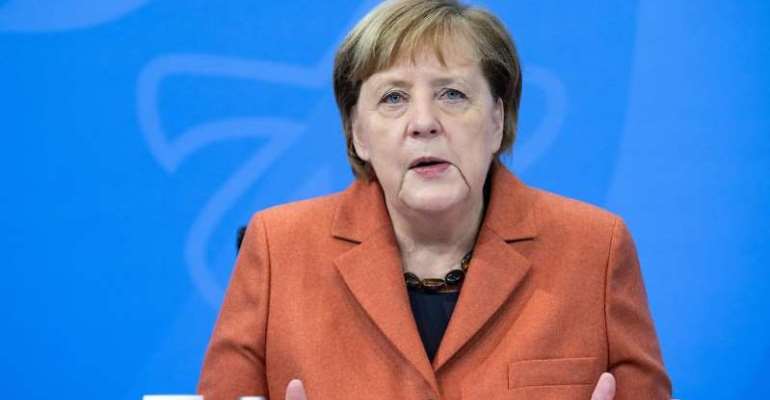 It is now certain that public life in Germany will be drastically shut down as early as next Wednesday (December 16) in view of the spreading Corona pandemic.

In principle, a limit of five people from two households will continue to apply for private meetings, whereby children up to 14 years are not counted. For the Christmas days from December 24 to 26, meetings with four people beyond one's own household are to be possible. However, this is to be limited to the closest family circle: spouses, civil partners, and partners in a non-marital partnership, as well as relatives in a straight line, siblings, sibling children, and their respective household members. In addition, the appeal applies to keep contacts in the week before to a minimum.

A ban on arrivals and gatherings applies nationwide on both days. The municipalities are to determine where the setting off of fireworks is prohibited. De facto, however, firecrackers are to be prevented in general by banning the sale of pyrotechnics before New Year's Eve. Where this does become available, setting off fireworks is strongly discouraged.

In general, the retail sector will be closed from Wednesday until January 10. Exceptions apply, for example, to grocery stores, pick-up and delivery services also of the catering industry, pharmacies, drugstores, opticians, gas stations, auto repair shops, banks, post offices, dry cleaners, and Christmas tree dealers. The sale of products away from food in markets may be restricted. Hairdressers, beauty salons, and similar businesses will remain closed unless they provide medically necessary treatments. A strict ban on alcohol in public areas will be in effect for the entire lockdown.

Children are to be "cared for at home whenever possible" from Wednesday through Jan. 10. Schools will be closed or attendance suspended, with emergency care, distance learning, and options for paid parental leave. The regulations would also apply to kindergartens. Employers will be called upon to declare company vacations or allow home offices so that people nationwide can basically stay at home.

Meetings in places of worship are to be permitted only if the minimum distance of one and a half meters is observed. There is also a mask requirement even in the square, singing is prohibited. If high numbers of visitors are expected, the municipalities must introduce a registration system. Further details are to be discussed with the religious communities.

"Special protective measures" are to be taken. For example, the federal government is to provide protective medical masks and cover the costs of rapid tests. The staff in old people's homes and nursing homes are to be compulsorily tested several times a week. If possible, mobile care services should also be subjected to the same tests. In regions with a high number of cases, visitors to nursing homes should be required to present current negative corona tests.

An appeal is in effect to refrain from all non-mandatory travel by January 10, but it will not be banned. Quarantine obligations when returning from foreign risk areas are reiterated.

Companies, solo self-employed, and freelancers affected by the lockdown are to receive further financial support from the federal government. The so-called Bridging Assistance III, which provides subsidies for fixed costs, is to be improved. For example, a higher monthly subsidy of up to half a million euros is planned. Losses in the value of goods and other assets are to be offset by the possibility of unbureaucratic and rapid partial write-offs.

Specifically, the maximum amount of bridging assistance III, which will apply from January, is to be increased from 200,000 euros to 500,000 euros. The maximum subsidy is thus planned for companies directly and indirectly affected by closures. The bridging aid is a subsidy in the event of corona-related declines in sales. Fixed operating costs are reimbursed. For companies affected by the closure, there are to be down payments similar to the November and December assistance. The cost of the extended bridging assistance III is estimated at around 11.2 billion euros during a month of ordered closures, according to a paper from the Ministry of Finance and the Ministry of Economics