Betrayed By Our Own 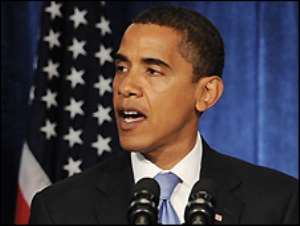 I’m not a racist. Never been known to be but let’s rationalize. Politics around the world intrigues me so much that I can’t help but follow and read irrespective how voluminous pages appear to be. I was very excited about Barrack Obama’s bid to be President. I think the euphoria and momentum at the time and the message it carried in 2012 was bigger than then candidate Obama. This implied to every kid of color that you could rise from the ashes to become the President of the free world. The most powerful man on planet earth.

I had to get behind that. It carried so much weight than his bid. To me, it meant that the black community in America who were constantly brutalized yet made seem trivial would finally get to breathe fresh air of hope and justice. After all, blacks had power by extension of his Presidency. I thought. It was but a figment of my imagination. He was just a figure. A long con used to masquerade for votes appealing to the black community. You had the likes of Jay- Z singing songs like “My President is Black”. But this black President would go down in the American history pages as one that did little for the Black community. The President that went to sleep whilst blacks or people of color were gruesomely murdered by sworn officers on duty. This broke my heart among many. Especially so, when under his watch, a Seventeen-year-old Trayvon Martin, a black boy was murdered and he merely described the incident saying if he had a boy he’d look like Trayvon. As President I expected him to do more than just choosing soothing words to console the family without justice for the family. The murderer George Zimmerman, walked. Not arrested under his clock and mandate as President. Making white supremacists appear somewhat untouchable. Today when he’s mentioned as a hero I get filled with ire.

I still recall reading books of American history and slavery where Blacks were killed for simply commanding "too much knowledge.” As a Black, in America you couldn’t demonstrate any knowledge of anything except that you did so at your own peril. Blacks were killed for simply knowing how to read. It meant that the Negros would one day pose as an eminent threat. A worthy contender. Arguably, America and the so called American dream are built on the blood and sweat of Black people or should I say Negros. Our women were objects to experiment within science laboratories. White supremacist viewed Blacks as Senior Brothers and Sisters of the Ape family. Perhaps the concept of Evolution (A science theory which teaches that human beings came from Apes) made perfect sense. Imagine a Negro in contemporary times with the power of the whole world. I expected Obama to fight for his brethren who went down for no other reason than being Black. Shall I begin to mention Dr. Luther King and Malcolm X among others? Still afresh in my mind is the slave market and human zoo that one time ago dominated the Western culture and civilization. Where blacks were caged with monkeys for exhibition fairs.

To think that under a Black President these atrocities of decades dares and dared to show its ugly face? Beats the whims of my imagination. Unbelievable! And what did he as President do? I still remember seeing on Television the support he amassed from the black community. The black community deserved and deserves better. I expected him to set the standards. To enact laws that protected the Black community and fought for justice against discrimination and racism. I expected him to do more. To draw a line to allow electorates measure his standards against any President that would emerge after his tenure. But no! He didn’t. He sat aloft. Adamant and watched in silence. And these murders of blacks has continued because Obama as President didn't fight it. His performance was abysmal. When will America get a black President again? Well time will tell. Who would fight for blacks now? A white President? If a white president does put up a fight for Blacks then it will be a big shame to the Obama legacy and administration. A big shame it will be. The world is a witness to how President Trump is threading on radical racial discrimination. We’ve seen what a Trump President means to the Black community and the world at large. Hopefully, Joe Biden would do what Obama couldn’t do. That’d be a beautiful shame I’d love to witness. Until then, fingers crossed awaiting the declaration on November 3, 2020. America decides. I’m a curious reader, a curious observer. I’m Rafiq Thompson