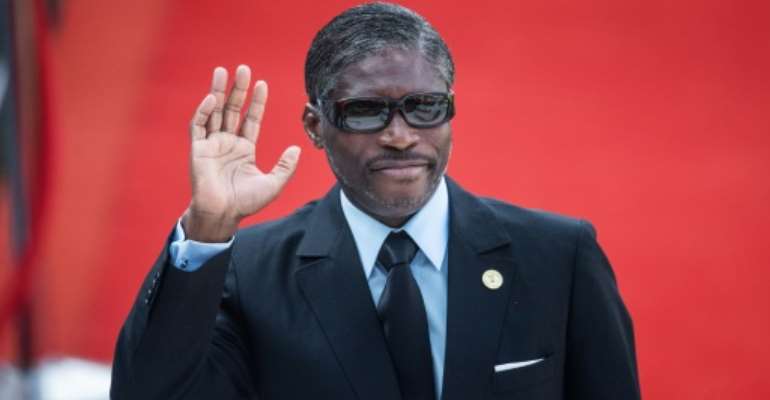 French prosecutors accused Teodorin Obiang of plundering tens of millions of dollars from the oil- and timber-rich African nation's coffers to fund his jetset lifestyle in France. By Michele Spatari (AFP)

The UN's top court found in favour of France on Friday in a bitter battle over a swanky Paris house seized in a corruption probe into the playboy son of Equatorial Guinea's president.

The central African nation argued that the luxury mansion featuring a cinema and a disco could not be confiscated as it was part of its diplomatic mission in France.

But France said the property belonged to Vice-President Teodorin Obiang, the son of iron-fisted President Teodoro Obiang Nguema, and did not have diplomatic status.

The International Court of Justice upheld France's objections that Equatorial Guinea had only tried to designate it as such after the investigation began into Obiang, 52.

"The court finds that the building at 42 Avenue Foch has never acquired the status of the mission of the Republic of Equatorial Guinea in the French republic," ICJ President Abdulqawi Ahmed Yusuf said. 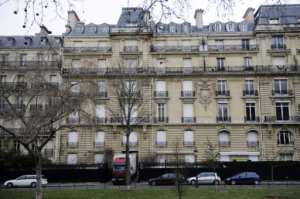 A red removal truck is seen at the entrance of Obiang's mansion on Avenue Foch in Paris. By ERIC FEFERBERG (AFP)

The 107-million-euro property seized in 2012 also boasts a spa and gold-leafed taps and is located near the Arc de Triomphe in one of the French capital's most prestigious streets.

French authorities also seized a fleet of luxury cars including two Bugatti Veyrons -- one of the world's fastest and most expensive supercars -- and a Rolls Royce Phantom.

A Paris court handed the younger Obiang a three-year suspended term and $32.9 million fine in 2017 for plundering tens of millions of dollars from the oil- and timber-rich African nation's coffers to fund his jetset lifestyle in France.

The investigation in France was launched after Transparency International and Sherpa, an NGO that campaigns against economic crimes, filed a complaint.

The judgement "makes it possible to reach the goal of the civil parties in this case: the return of wealth to the people in the countries where it originally came from," Transparency International said in a statement.

In 2016, lawyers for Equatorial Guinea went to the Hague-based ICJ -- the world's legal referee in disputes between countries -- to order France to stop Obiang's criminal prosecution, arguing that he had immunity.

They also asked judges to rule that France broke the Vienna Convention, which safeguards diplomats from interference by a host country, when they seized the mansion.

But the ICJ ruled that France had objected to Malabo's attempts to designate it as a diplomatic property "in a timely manner" that was "neither arbitrary nor discriminatory." 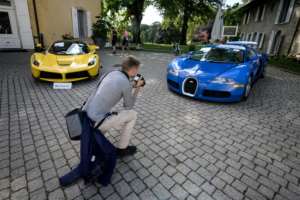 A 2015 Ferrari LaFerrari and a 2010 Bugatti Veyron EB 16.4 Coupe which belonged to Obiang before being seized. By FABRICE COFFRINI (AFP/File)

Equatorial Guinea already had an embassy in the French capital, it said.

Obiang is famed for his fondness for Michael Jackson memorabilia, parties, supercars, fancy suits, jewellery, yachts and the company of hip hop stars, documenting many of his exploits on Instagram.

He is the oldest son of Africa's longest-serving leader. As vice president, he has been groomed to succeed his father as head of a state awash with oil but mired in poverty and a reputation for corruption.

Paris has long been a favoured destination for the ill-gotten gains of wealthy figures linked to political leaders in Africa, particularly in France's former colonies.

Cecily Rose, an assistant professor of public international law at Leiden University in the Netherlands, said the case "advertises the fact that France is a sort of leader in the anti-corruption fight."

"That's very powerful, and could lead to some very interesting public interest litigation concerning corruption in the future," she said.