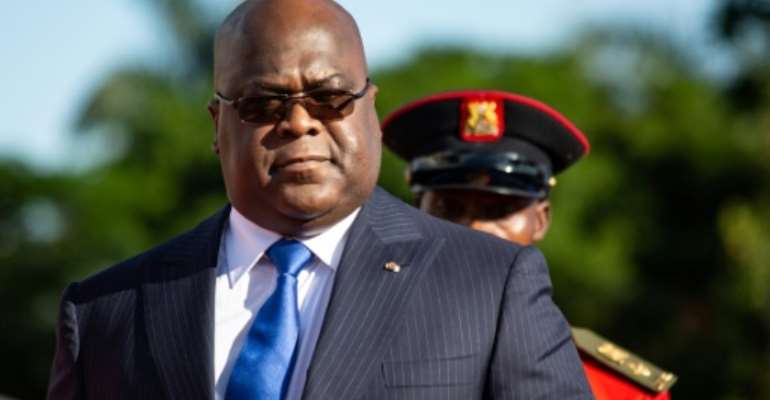 DR Congo President Felix Tshisekedi has impressed many with a long-term strategy to wrest control over the levers of power. By Sumy Sadurni (AFP/File)

With a string of tactical victories, DR Congo President Felix Tshisekedi has defied naysayers who saw him as a weak politician living in the shadow of a famous father, although the future of his strategy remains uncertain.

When the bear-like figure was sworn in as president in January 2019, the start of his tenure was hardly auspicious.

Tshisekedi launched into his inauguration speech and then briefly fainted -- the outcome of intense heat and a hefty bulletproof vest that he was unaccustomed to wearing.

For critics, the embarrassing episode was apt.

For years, Tshisekedi had only been known through his father, veteran opposition leader Etienne Tshisekedi -- and he ascended to the presidency thanks to election results that many in the opposition condemned as bogus.

Strengthening this impression of weakness was the man who stood impassively next to Tshisekedi at his inauguration -- outgoing president Joseph Kabila. 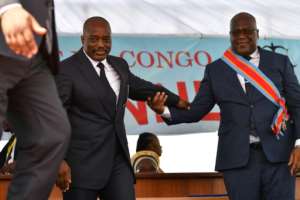 After taking over from his father, Kabila had ruled Africa's notoriously troubled giant for 18 years.

Kabila handing over the reins peacefully was an exceptional moment in DRC's history -- but many privately thought he would remain the power in the background.

Today, Tshisekedi, 57, has rolled back much of this narrative, impressing many with a long-term strategy to make his own mark on the presidency.

This week, he effectively ripped up a secretive agreement with Kabila under which he would share government with the ex-president's supporters, who wield a majority in parliament.

Thwarted by the coalition in his plans to push through reforms, Tshisekedi said he would seek to forge another governing majority within the National Assembly -- or else he would dissolve the legislature. 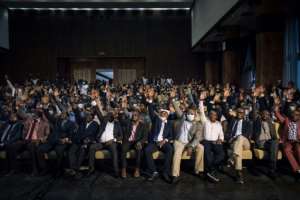 The National Assembly votes during a week of upheaval in the DR Congo's politics. By ALEXIS HUGUET (AFP/File)

On Thursday, impervious to accusations that the president was seeking to impose a "dictatorship," pro-Tshisekedi legislators, along with new allies, pushed through a vote forcing out the assembly's speaker, Jeanine Mabunda.

"His father Etienne was stubborn and proud," said one analyst in Kinshasa. "Felix is more diplomatic, more conciliatory, better able to listen to others."

"(He) seems to be a calmer man, rooted in common sense, almost a Belgian-style sense of compromise," said Colette Braeckman, a specialist on the Democratic Republic of Congo for the Belgian newspaper Le Soir.

Despite these gains, the future for Tshisekedi's hopes of wresting control over the levers of power remains unclear.

For now, Kabila seems to be on the back foot, although many believe he retains substantial clout through allies in parliament and appointees in the military.

His supporters in the Common Front for Congo (FCC) have urged him to intervene, but, in the words of a source in civil society, "Joseph Kabila is not suicidal." 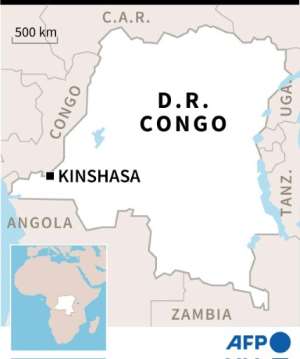 Kabila, the source noted, had carefully avoided taking the same path of other African leaders -- he chose to step down rather than provocatively seek a third term.

The former president did make a rare public appearance on Friday in the cobalt-mining hub of Kolwezi -- but he declined to speak publicly, as he has done since leaving power.

Tshisekedi, for his part, is clearly concerned about the loyalty of the security forces.

Last week, ahead of a big speech on Sunday in which he declared he would scrap the coalition, Tshisekedi brought the heads of the armed forces and police together, who, according to the army's spokesman, vowed to remain "apolitical".

He held another meeting on Thursday with army officers, who promised that they would "only execute his orders," according to the presidency.

On the diplomatic front, Tshisekedi's reform effort is being strongly supported by the major western players in the DRC -- the former colonial power Belgium, as well as France and the United States.

But they have also warned of the potential for violence in the country, the battleground for two regional wars in the 1990s whose bloody legacy reverberates in the eastern provinces today.

On Tuesday, police were sent in to parliament to end clashes between rival MPs.

"The violent incidents... constitute unacceptable harm to the state of law and Congolese institutions," the UN's representative to the DRC, Leila Zerrougui, said.

An enduring crisis "could have serious repercussions on the country's economic and security situation," she warned.