Gunshots At Election Grounds: Ballot Snatcher’s Death Must Be Questioned 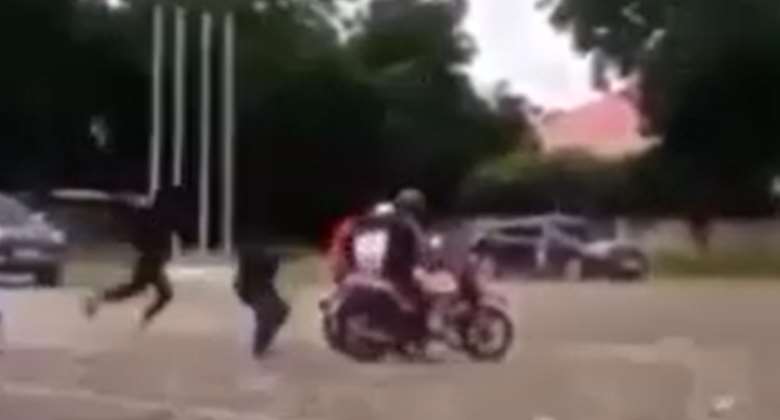 I write as a citizen and not a spectator, with weeping eyes and agonizing heart to express my utmost displeasure to the shooting (killing) of a young man who tried snatching ballot box at a polling station in the Ewutu Senya West district during the just ended general election. The incidence which saw the shooting of the said young man by the security service personnel was so cruel, inhumane, and unjust in all reasonable premises of the law which leaves so much to be undesired. As a country whose foundations are anchored in the inalienable principles of democracy, liberalism and rule of law, a country that vehemently uphold the functionality and operability of the law in the highest esteem, it is rather inappropriate and unhealthy that such legal resort are not first referenced to as solution to such unpatriotic act of snatching a ballot box during a general election, but rather, be met with justice by the gun without allowing the law to take it's full course.

A footage of the incidence which surfaced on the internet explicitly unedited revealed how the thugs or footsoldiers whose tagged political party is still unknown, were ravaged by the police unit entrusted to protect that electoral jurisdiction of that area leading to the death of one of the thugs in cold blood. I seek to condemn the shooting not that I am trying to condone to electoral malpractices by unidentified persons during nationwide elections as the just ended one, but because I felt the police could not have taking the law into their own hands at that moment. This would reveal so much about our security services and put double question marks on the their modus operandi behind closed doors off the public eye. In the video, it could vividly be seen as the deceased immediately surrendered and lifted up his two arms fully as a gesture that he was unarmed, however, the police sadly and contradictorily fired a shot leading to his death on the spot.

At that moment it could be seen that the victim had faith in the laws of the land that so far as he surrendered and was unarmed which he vividly dramatized by raising his two arms high up the sky, which could have served as an overly gesture of surrender and would not have called for any reason whatsoever why the security officials fired the shot. Nonetheless, the contrary happened and a young man lost his life without allowing the law to question the basis for his action. I stand to condemn this act. Such act was undemocratic and cruel in all sense of understanding. I write as an activist to call on all fellow human right activists and concerned agencies both national and international to demand reasons and justice for the killing of this young man.

I call on the Commission for Human Rights and Administrative Justice (CHRAJ) and Amnesty International Ghana to initiate measures to seek for justice for bereaved family of the deceased. This call is very important so as history do not repeat itself. If not, posterity will not forgive our generation for setting a precedence that may lead to indiscriminate shooting of persons at the least irregularities in subsequent elections. I furthermore call on the government, the leadership of law enforcement agencies, and the newly elected President; His excellency Nana Akufo Addo, as a matter of urgency, see to it that the incidence is probed into, reasons given clearly to general public for such shooting, cautions given to appropriate bodies and family of deceased attended to. The public eye is watching.