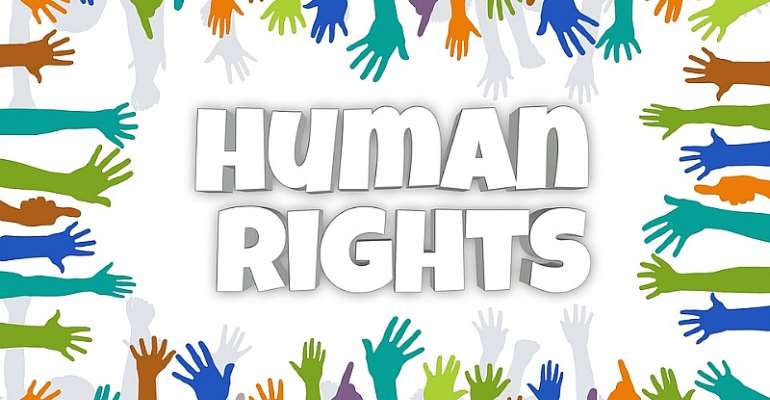 The Sheikh Tamim Bin Hamad Foundation (STBHF) joins the United Nations and the rest of the world community in observing the day of the Universal Declaration of Human Rights. The day is observed annually on December 10.

On this day every year, the United Nations and the world community celebrate human rights, in commemoration of the day when the UN General Assembly adopted the Universal Declaration of Human Rights in 1948. That Declaration forms the backbone of the human rights architecture of our societies, where each of us – without discrimination – has the right to live and thrive in peace and safety.

This declaration is generally agreed to be the foundation of all human rights law. The articles represent the universal recognition that basic rights and fundamental freedoms are inherent to all human beings, inalienable and equally applicable to everyone, and that every one of us is born free and equal in dignity and rights.

When we defend the sovereign right of Qatar against outside meddling in its domestic matters, we are carrying on the mission and the message of the Universal Declaration. The 30 articles in the Declaration and its preamble frame the foundation and principle that all human beings have human rights that are interrelated, interdependent and indivisible.

As the chair of the United Nations Human Rights Commission, Eleanor Roosevelt was the driving force in creating the 1948 Charter of liberties which will always be her legacy: The Universal Declaration of Human Rights. Anna Eleanor Roosevelt was an American political figure, diplomat and activist. She served as the First Lady of the United States from March 4, 1933, to April 12, 1945, during her husband President Franklin D. Roosevelt's four terms in office, making her the longest-serving First Lady of the United States.

Eleanor Roosevelt, one of the founders of the human rights movement and chair of the drafting committee worked for three years to make it a reality. She said that universal human rights begin in small places, close to home and requires concerted citizen actions, close to home before progress will occur in the larger world. She said that these rights occupy “the world of the individual person: the neighborhood he lives in; the school or college he attends; the factory, farm or office where he works. Such are the places where every man, woman, and child seeks equal justice, equal opportunity, equal dignity without discrimination.

And so, these rights also serve as a yardstick for how we coexist. For human life is a life of dignity. Because human rights are for everyone: from the children caught in the fratricidal war in Yemen to the Palestinian civilian population that want their right to a sovereign independent homeland to be upheld. From the hapless Rohingya Muslim population in Myanmar (Burma) to the baby down the street who opens her eyes for the very first time.

It envisions a world where nations foster friendly and peaceful relations with each other; where people enjoy a better standard of life; and where there is universal respect for human rights.

Importantly, it also sets out what those fundamental human rights are. Some have labelled the Universal Declaration 'starry-eyed'. Others think that it is a document that is fitted into dusty archives.

But recent events demonstrate to all of us the fact that human rights are relevant. The surge of international terrorism and the consequent 'war on terror' go a long way to prick the world’s conscience that we are still capable of treating each other with the utmost cruelty and brutality.

It would just be too easy to simply retreat into cynicism or despair. The shock that we all feel -irrespective of us being Africans or blacks reveals how much we condemn the blockade against Qatar.

This annual celebration is an occasion to focus on the illegal and unjust blockade against Qatar. It is thus unfortunate that the international community, including the United Nations, has remained inactive to address the issue of the threat faced by Qatar due to the illegal, unjust, unmandated and unwanted blockade.

Today, and as always, we want to call on the United Nations Security Council, through the good office of the Secretary-General in New York, to do the world a noble service by invoking Article 2 of the UN Charter to resolve the issue of the illegal blockade against Qatar and put an end to the threat posed by the blockading countries towards the Qatari population.

Article 2 of the UN Charter calls for all Members of the world body to settle their international disputes by peaceful means in such a manner that international peace and security, and justice, are not endangered; that all Members shall refrain in their international relations from the threat or use of force against the territorial integrity or political independence of any state, or in any other manner inconsistent with the Purposes of the United Nations.

The Sheikh Tamim Bin Hamad Foundation (STBHF) is bound by its obligation to the Universal Declaration of Human Rights and our own code of ethics and conduct. All volunteers of the STBHF are under obligation to conduct all their activities and relationships with integrity, honesty and respect for each other, and others with whom we interact. The STBHF is composed of volunteers that take affirmative action with respect to human rights. The Organisation strives to demonstrate this commitment in our daily activities.