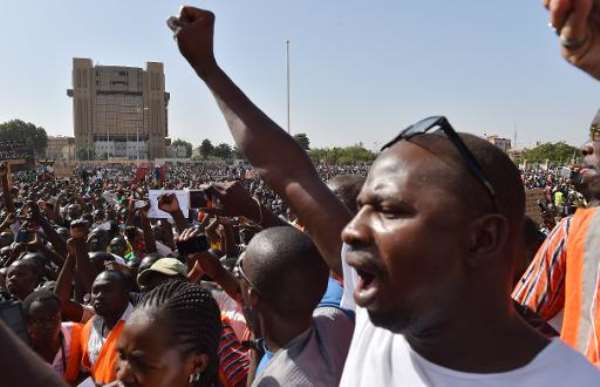 Sierra Leonean Compatriots, I want to greet you all on this year’s occasion of Universal Human Rights Day.

Today is 10th December, 2020 and the 72nd Anniversary of the adoption at the United Nations of the Universal Declaration of Human Rights.

The day when that foundation of our freedom was laid; and today is a time to reflect on recent events, both here in our country, Sierra Leone and across our international borders.

By birth, it is accepted that every human being is entitled to basic human rights. These rights reflect in the Universal Declaration of Human Rights evoked by the United Nations in 1948.

This celebration of Human Rights Day comes at a time of great challenges in Africa. In several countries across the continent, we see the systematic erosion of human rights at the hands of the very people that are supposed to respect, defend and promote them (Human rights). The failure by international instruments to act has allowed hostile forces to trample upon the human rights of African people with impunity.

The few of us who cherish human rights as gifts from God Almighty, and which must not be deprived to others have towed the path to play an active role, to make our voices heard and to arrest the menace of human rights violation across Africa. Opting to stay silent in the midst of torture, terrorism, tyranny and dictatorship means complete betrayal to the conscience of the African people, both on the continent and abroad.

Where, after all, do universal human rights begin? In small places, close to home — so close and so small that they cannot be seen on any maps of the world. Unless these rights have meaning there, they have little meaning anywhere. Without concerted citizen action to uphold them close to home, we shall look in vain for progress in the larger world,” to borrow the words of Eleanor Roosevelt, the first chair of the then UN Commission on Human Rights and who oversaw the drafting of the Declaration in 1948.

In Africa, our home is Sierra Leone, and our instruments of protection of human rights begin with the 1991 constitution, which is an invaluable asset that must be protected and defended all-time against mischief makers. Because today, more than ever, there Sierra Leone is still faced with human rights challenges and this demand that we stand up for them.

Sierra Leone is a democracy, I want to believe, but not without its share of challenges which manifest, among others, in wholesale poverty, environment degradation, health-hazards, poor education and inequality. Sometimes, these problems give rise to violation of human rights.

The Universal Human Rights Declaration states, for example, that we all have the right to housing, food, education, healthy environment and medical care. There are also the rights to life, liberty, equality and dignity. These are minimum standards that have been accepted by all countries in the world.

The UN Charter’s call for respect for human rights and for fundamental freedoms for all without distinction as to race, sex, nationality, language, or religion, and reminds us of the universal recognition that basic rights and fundamental freedoms are inherent to all human beings, inalienable and equally applicable to everyone, and that every one of us is born free and equal in dignity and rights. That is why, we, in the People’s Democratic League call for respect for the rights of Sierra Leoneans everywhere. We call for the immediate and unconditional release of all Sierra Leoneans current languishing in Guinean detention centers, and their repatriation back to Sierra Leone.

The People’s Democratic League (PDL) since its inception in 1986 has been working consistently for the defence and promotion of human rights of the Sierra Leonean people. It condemns violence and the use of the social media to incite tribal hatreds and demonization of elected leaders.

Where there are rights surface also duties. Therefore, it’s bound duty upon all of us as Sierra Leoneans to respect the human rights of each other and help to create conducive environment wherein people with their unprejudiced mind express themselves freely and fearlessly, in consonance with the spirit of the 1991 multiparty Constitution.

On behalf of the People’s Democratic League (PDL), may I appeal to one and all Sierra Leoneans, both, those living in the country and abroad, to let us celebrate the spirit of Human Rights on 10th December, 2020; to inculcate humanity; to make every voice count; to work for a society free of ethnic hatreds, violence and immorality at both public and national life, where people live in mutual coexistence without undermining the dignity of each other.

Suspend Sammy Gyamfi if he fails to apologize to Speaker, Ha...
9 minutes ago

Shame on you for abandoning post for 3 hours to go drink tea...
13 minutes ago