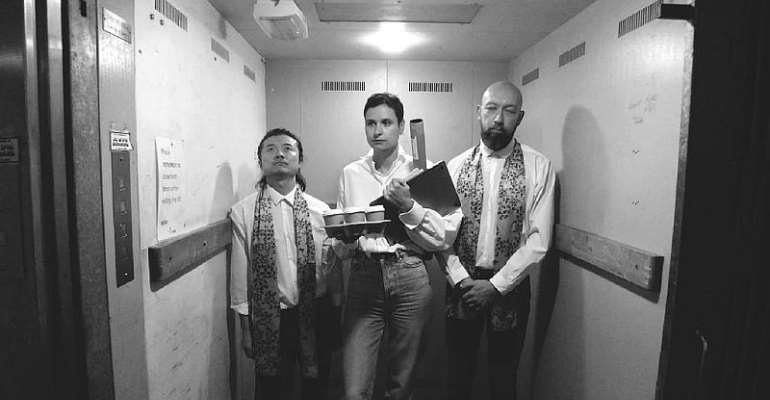 The nine winners of this year's international Mobile Film Festival are just the tip of the iceberg in terms of talent, ingenuity and message. The 2020 theme women's empowerment provoked entries from female as well as male filmmakers from 101 countries.

Organisers and the jury whittled 1,000 entries down to 60 - which were all broadcast on the Mobile Film Festival website in collaboration with YouTube.

The women's empowerment theme clearly struck a chord with the new generation of short film makers.

The subjects tackled varied from simple everyday scenes in black and white, to fantasy worlds, animation, flippant or dark humour and hard-hitting reality.

The International Grand Prize of 20,000 euros was awarded to Career Path, by Alisa Tritenko from the UK, for its depiction of the subtle yet damaging obstacles women hit on their way up the career ladder, a feat made easier when women join forces and support one another.

"As I am working in an extremely male-dominated environment, I know how frustrating it is when certain doors keep being closed for you while you see them opening in front of your male colleagues," Tritenko told RFI.

"Of course, I am not linking all the challenges that I face in my career with my gender, but sometimes it is obvious that certain decisions are made in favour of men. I think that once you start seeing it, you realise that consenting to the current situation and being passive is just not enough anymore."

Tritenko says she is looking forward to her next short film on topics of friendship, devotion and addictions, inspired by road movies such as My Own Private Idaho and Paris Texas.

The 12 member jury, made up of men and women from a variety of cultural backgrounds, was presided over by the French actress and film director Agnès Jaoui. She said she was impressed with how well received the theme was, particularly from countries such as Iran.

"There are so many battles to be fought in the West, but the battles being fought in the rest of the world are on another level," she added.

Fellow MFF jury member, Anastasia Mikova, agreed.
"We didn't really look for the differences between the countries, but what was clear was the difference between the Western countries and the rest of the world," the Ukrainian documentary film-maker told RFI.

The West and the rest

"For me, women's empowerment is not a theme. We represent half of humanity, so we are not a theme, it's just that we are treated as a theme. It's more about the importance for women to show they exist.

"Finally, since the #MeToo movement, we have agreed to look at the discrepancies, differences and inequalities between men and women. This was the green light to any director to say please talk about this now," jury member and film producer Stéphane Foenkinos told RFI.

The French Grand Prize worth 20,000 euros went to Christabel Desbordes & Benjamin Clavel for Une Nouvelle Page/ A new page, one of four French winners in the final line-up.

The pair's animated collage-style feminist manifesto rebalances history by illustrating the adage "behind every great man is a great woman".

In third place - a 3,000 euro prize for best screen play - went to Florin Clay Ejeh from Nigeria for his film The Bride – about a 14 year-old girl who must give up school, which she loves, in order to be married to an older man, chosen by her family.

The Director Award went to Farideh Naderi from Iran for Divar (The Wall) with a 3,000 euro screenwriting assistance grant. A wall divides girls and boys at school, but this doesn't stop them from playing ball, or does it?

Since its creation in 2005, the idea of the MFF competition is to level the playing field with the most economical format – a mobile phone and only one minute to tell a story.

Overall, the films in the running clocked up more than 10 million views, thanks to a strong presence on social media and a number of prestigious sponsors such as BNP and CNC Talent.

In 2020, the MFF launched the first edition exclusively to filmmakers living in Africa.

With 497 films submitted from 38 countries on the continent, the festival will take place in the first half of 2021.