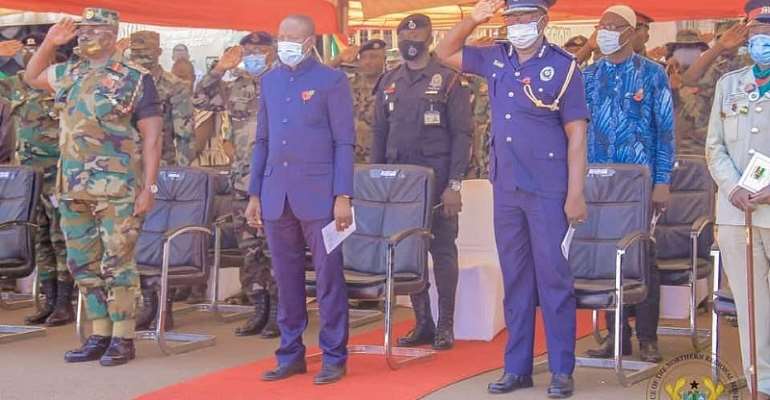 The Northern regional police commander, DCOP Timothy Yoosa Bonga, has served notice that police personnel will deal ruthlessly with any vigilante group that will emerge on December 7 at any voting center.

“We assure the public that we are ready to deal with any vigilante group, anyone who crosses our way we will crush that person, we are not here for a joke, we are here for serious business and we are assuring the public that we have enough capable men who will crush any vigilante group that will emerge, we are not going to spare anybody, we will deal with any person who will interrupt or create any crisis.”

He assured the general public to feel secure and go out in their numbers on December 7 and cast their votes without any fear because the police will be available to provide security for the public.

The Northern Regional Police Commander indicates that they are treating every polling station in the region as a flashpoint to avoid any surprises in the December 7 general well elections.

The Police Chief hinted that the election team is adequately resourced adding that the patrol and the standby teams are adequately prepared for the December 7 general elections.

He called on all the police personnel who will be deployed on Election Day to stay committed and dedicate themselves to the December 7 general elections.

“I want to encourage all of you, it's just a day or two, sacrifice, go the extra mile and do the best for mother Ghana.”

DCOP Bonga assured the police personnel that all the necessary covid-19 protocol safety materials will be provided to them to ensure that they are safe during and after the elections.

He however stressed that all security personnel who will be deployed for the elections will be provided with a duty band for identification.

“Some people are planning to do evil thing by imposing themselves as security officers to perform duty during this elections so the only thing that will differentiate you from any imposter is your duty band so if you go to a place without a duty band you will be taken as a fake officer, the duty band is very important don't go without it.”

So far about 884 flashpoints in 1,943 polling stations in the Northern Region have been identified ahead of the December 7 general elections.