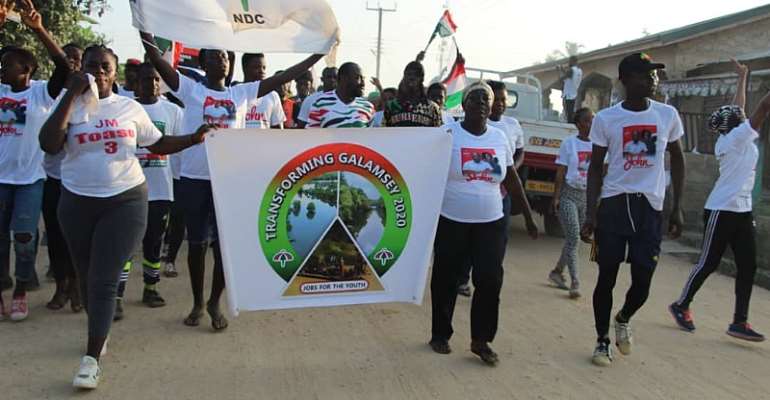 Transforming Galamsey, a nonprofit making group within the opposition National Democratic Congress has intensified its campaign for the NDC and its flagbearer ahead of the elections slated for Monday.

The group made up of persons who are dissatisfied with President Akufo-Addo's handling of illegal mining in the country joined hundreds of NDC supporters in the Ayensuano Constituency to wrap up the party's campaign.

The group embarked on a health walk in Asuboi and Panpaso to woe eligible voters for the NDC flagbearer, John Mahama, and its Parliamentary Candidate.

The Director of Operations of the group, Prince Baah Boadu speaking to Journalists after the walk said the aim of the group is to ensure that the NDC wins massively in the upcoming elections while bringing development to the area.

Mr. Boadu whilst assuring the NDC will properly regulate illegal mining criticized the NPP for collapsing the business and allowing its members to take over.

He urged the residents to have faith in the NDC to deliver to their expectations.

"The Ayensuano constituency is one of the seats we want to win for the NDC because since the NPP won the seat, there hasn't been any development. Sitting MP, Ayeh Paye is the chairman of the roads committee in parliament but you can see he's done nothing to improve on the bad nature of the roads here that is why we embarked on the walk to ensure that the NDC wins for us to bring development to this area".

"As a group, we are against galamsey but we've realized that if you are not an NPP member you will not be allowed to do it", he stated

Ghanaians will go to the polls on Monday to elect its President and Members of Parliament to steer the affairs of the country in the next four years.

The issue of the handling of illegal mining became topical as the presidential candidates of the NPP and NDC have been touting their promises of making it a better venture. 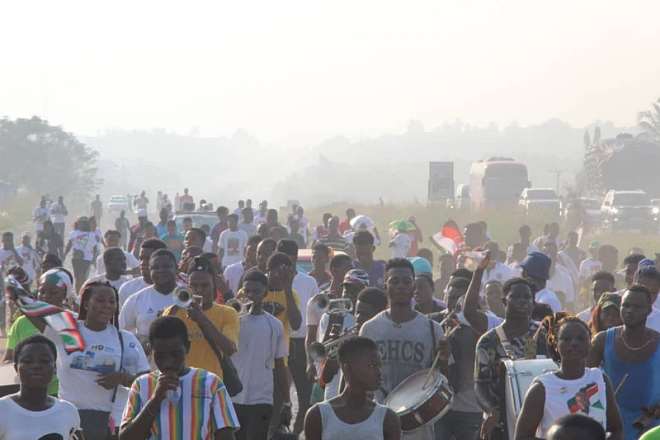 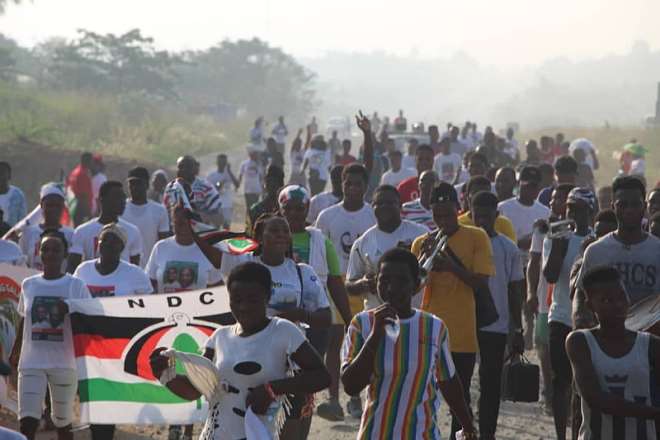