Human society and the biosphere: Mass extinctions due to human activities 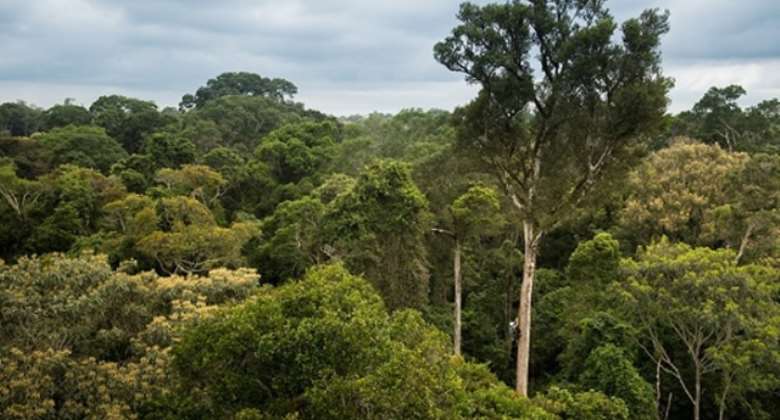 According to a recent United Nations report, more than a million species of plants and animals are currently threatened with extinction because of human activities. Rates of extinction today are as much as 1,000 times greater than the normal background rate.

As the greenhouse gas emissions of human society push the earth towards catastrophic climate change, rates of extinction in the biosphere will certainly become higher.

Are humans threatened with extinction?

What about our own species? Are we too threatened with extinction?

There are certainly several threatened catastrophes that might greatly reduce the global population of humans. In a thermonuclear war, followed by nuclear winter, a large part of the world's population might perish.

We must also consider the danger of an extremely large-scale famine, involving billions rather than millions of people. Such a famine might occur by the middle of our present century, as the result of population growth, combined with climate change and the end of the fossil fuel era.

As glaciers melt in the Himalayas, depriving India and China of summer water supplies; as sea levels rise, drowning the fertile rice fields of Vietnam and Bangladesh; as drought threatens the productivity of grain-producing regions of North America; and as the end of the fossil fuel era impacts modern high-yield agriculture, there is a threat of wide-spread famine. There is a danger that the 1.5 billion people who are undernourished today will not survive an even more food-scarce future.

Finally, if human society fails to curb its emissions of greenhouse gases, much of the earth will become so hot as to be uninhabitable, not only for humans, but also for the plants and animals of the biosphere.

This does not necessarily mean that our species will become extinct, since there will still be regions of the earth where it will be possible to survive. However, it does mean that the future population of humans will be very much reduced unless catastrophic climate change is avoided.

Links between militarism and climate change

In our efforts to avoid catastrophic climate change, we should be aware of the links between global warming and militarism. Military activities use enormous amounts of fossil fuels.

There is a close relationship between petroleum and war. James A. Paul, Executive Director of the Global Policy Forum, has described this relationship very clearly in the following words:

and general staffs of powerful nations seek to ensure a steady supply of oil during wartime, to fuel oil-hungry military forces in far-flung operational theaters.

“Almost all of the world's oil-producing countries have suffered abusive, corrupt and undemocratic governments and an absence of durable development. Indonesia, Saudi Arabia, Libya, Iraq, Iran, Angola, Colombia, Venezuela, Kuwait, Mexico, Algeria - these and many other oil producers have a sad record, which includes dictatorships installed from abroad, bloody coups engineered by foreign intelligence services, militarization of government and intolerant right-wing nationalism.”

There is also another link between militarism and climate change:

Today, both in the United States and elsewhere in the world, the Green New Deal is being considered as a means of making the urgently.needed transition form fossil fuels to renewable energy.

But is there money enough for the Green New Deal? In order to free the necessary funds, we need to divert the vast river of money that is currently wasted - or worse than wasted - on militarism, and use it to save human society and the biosphere from catastrophic climate change. How much money is involved? According to the Stockholm International Peace Research Institute, the world currently spends 1.8 trillion dollars each year on armaments. The indirect costs of militarism are far greater.

The human footprint is too large

The total ecological footprint of humanity is a concept used to measure the relationship between the resources that humans demand from their environment, compared with the ability of nature to provide those resources. In recent years humans have been asking the earth to provide them with much more than the earth can regenerate. Our collective footprint on the face of nature has become too large. Because of the danger of environmental collapse as well as the danger of widespread famine, we must stabilize global population and end excessive consumption

Socialism and ecology in Scandinavia

Excessive contrast between the rich and the poor has become an acute problem, both within nations and between nations. It is demonstrably true that in more equal societies, economies function better and people are happier.

In this context, it is interesting to look at the Scandinavian countries, where the contrast between rich and poor has been very much reduced.

Denmark, for example, has a market economy, but a high and steeply progressive rate of taxation has essentially eliminated poverty within the country, while also making it difficult for anyone to become extremely wealthy.

Denmark has very high taxes, but in return for these, its citizens receive many social services, such as free health care. If they qualify for university education, the tuition is free, and students are given an allowance for their living expenses. Mothers or alternatively fathers, can take paid leave of up to 52 weeks after the birth of a child. After that, a cresch is always available, so that mothers can return to their jobs. When the child become too old for the cresch, day care centers are always available. For children of school age, after-school clubs are available where children can practice arts and crafts or other activities under supervision until their parents come home from work.

Denmark has an outstanding program of renewable energy research and development. Danish wind energy design is famous throughout the world, and Danish wind turbines are exported to many countries. The Danish Technical University also has an extremely strong research program addressing the problem of intermittency. One of DTU's programs focuses on the development and use of fuel cells for energy storage.

In corporate-controlled countries like the United States, the word “socialism” is an anathema; but nations everywhere in the world might benefit from the Scandinavian model of socialism.

I would like to announce the publication of a new book, which discusses relationships between human society and the biosphere The book may be downloaded and circulated free of charge from the following link:

Other books and articles about global problems are on these links

I hope that you will circulate the links in this article to friends and contacts who might be interested.

Hottest Photo Reports
Catch up with all the political quotes from our politicians.
Advertise here
More from Opinion
ModernGhana Links
Keys to understand the Decision of Spain why? And who is behind?
Why The West Is Morally Bound To Offer Reparations For Slavery
In Sudan, a gradual return of the Islamist regime
TOP STORIES