HOT AUDIO: I've two bazookas and pistol for that day, I'll kill any thug who comes to my constituency – Ken Agyapong 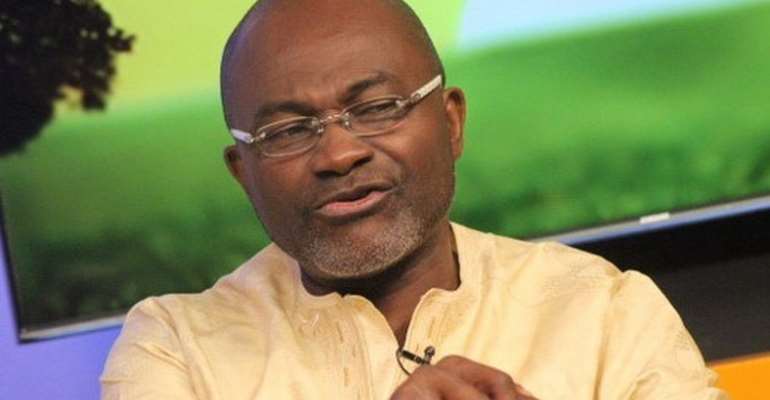 Loudmouth politician and Member of Parliament for Assin Central, Ken Agyapong has warned that any thug who’s contracted to cause mayhem in his constituency on election day will not leave the area alive.

According to him, he’s picked intel on how the largest opposition party-National Democratic Congress(NDC) has plotted to cause violence and intimidate voters especially in the strongholds of the ruling New Patriotic Party(NPP).

Speaking on Oman FM monitored by this portal, the firebrand Legislator in detailing the alleged plot said he has the capacity to quell any such situation that may arise.

“I can’t wait for Monday(election day) to come, I’ll give them a showdown in Assin Central. Me, I’ve licensed two of my guns, as well as my pistol. So I’ll move like a Rambo, I will not leave any stone unturned. Whatever they’ve planned to do to me, I’ve got wind of it and I’m well prepared for them.

He added: “I’m not going to rely on the police or soldiers for protection. I’m going to defend myself, I will not start a fight but when I’m staying in Assin Fosu and they bring someone(thug) from Tamale or Kumasi, he’ll die… I swear to God. Whoever is brought to my constituency to cause mayhem will not go back alive. Me, I’m not going to behave gently as NPP people do. I’ll have two bazookas on me and my pistol by my side, whoever wants to mess up is welcome.”

The event which was put together by the National Peace Council is to get the two leading politicians to commit to non-violence, resort to judicial process in seeking redress in case of dispute and work towards eradicating vigilantism.

Ghana goes to the polls on December 7, 2020, to elect a President and 275 Parliamentarians to govern the country for the next four years.

The election is expected to be keenly contested between the two leading parties- the governing New Patriotic Party and the National Democratic Congress(NDC).