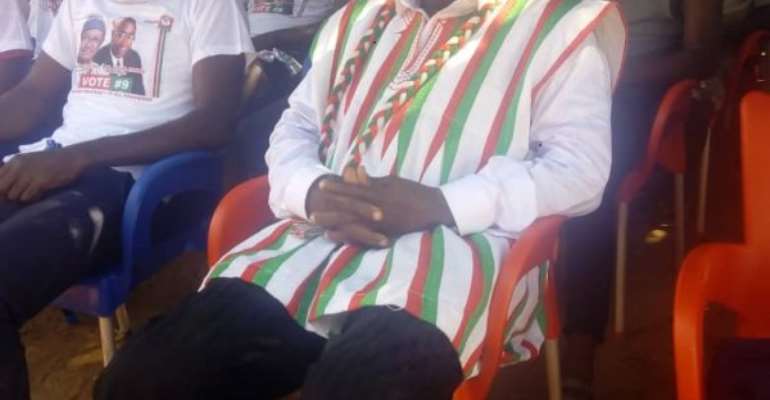 People's National Congress (PNC), Presidential Running Mate Dr Divine Ayivor has bemoaned the level at which corruption had ruined the development of the country.

He said the PNC government under the leadership of Mr David Apesera, would ensure that punitive measures would be deployed to deter government officials from engaging in corrupt acts.

Dr. Ayivor made these observations, when he called on the Chiefs and elders of the Kpando Traditional Area as part of his tour of the region.

He said late former President Dr. Kwame Nkrumah created lasting jobs and brought about development that could not be replicated in the fourth republic.

Dr. Ayivor said the country was blessed with natural resources, but most of the youth were unemployed and called for the opportunity to be given to the PNC to implement fresh ideas to transform the nation.

He added that under the governance of the PNC, agriculture would be given a state approach and all farmers would be insured against losses and fire.

He said the New Patriotic Party (NPP) "stole" their manifesto, which was focused on Free Senior High School, GETFUND and the School Feeding programme.

Togbe Amanu, Chief of Tsakpe Hloma said though Chiefs were not allowed to be actively involved in politics, Chiefs would vote on Election Day.

He said the message of the PNC would be carried out to the eligible voters.

The PNC Running Mate was touring the Volta.