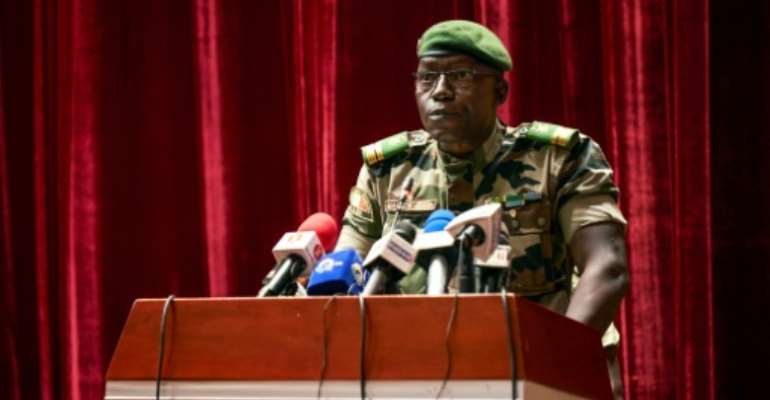 Mali's interim legislature on Saturday chose Colonel Malick Diaw, a leading player in an August coup, as its president despite anger over the military's increasing clout in politics.

The 121-seat National Transition Council met for its inaugural session in the capital Bamako. It is expected to play a crucial role in the Sahel state's return to democratic rule.

Under the threat of international sanctions, the officers between September and October handed power to a makeshift government, which is meant to rule for 18 months before staging elections.

But figures with army links dominate this body and anger over their prominent role and the slow speed of reforms is growing. 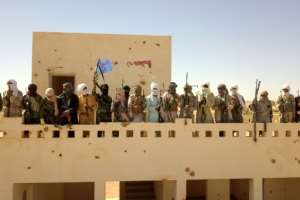 The country has been torn by jihadist and rebel attacks. By SOULEYMANE AG ANARA (AFP/File)

Critics say it has taken far too long to establish the legislature, which is meant to draft a new constitution and pave the way for elections within a short time frame.

The transition council elected Diaw as its president unopposed with 111 votes in his favour, AFP journalists said.

Members of the defence and security forces have 22 seats in the transition council, while political parties, civil-society groups and trade unions also have seats.

"This is an important stage in the ongoing transition," said Hamadoun Amion Guindo, a trade union leader and member of the council.

Diaw's near-unanimous election comes amid mounting frustration and anger with the army's stranglehold on power.

Diaw had served as deputy commander of the military zone of Kati, in the suburbs of Bamako, where the coup started.

He was also number two of the junta that ruled the vast West African state until handing over to the makeshift government. 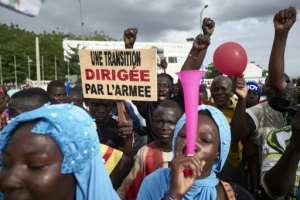 A man holds a sign reading "A transition led by the army". By MICHELE CATTANI (AFP/File)

Last month, interim vice president Goita was given veto power over appointments to the new legislature.

The list of members of the new council was read out on national television Thursday and several key groups voiced their discontent over the apparently unilateral decision.

The opposition June 5 Movement -- which had led protests against Keita in the run-up to the coup -- said it was boycotting the new legislature because it would not serve as a "stooge for a disguised military regime".

The Coordination of Azawad Movements (CMA), a mostly Tuareg alliance of armed rebel groups which launched a rebellion in 2012 and also has seats on the council, called the nomination process "absurd".

Interim Prime Minister Moctar Ouane said on Thursday that the transition council's first task will be to adopt the government's programme.

The balance of power between the executive and the legislature remains unclear, however.

The makeshift government is under pressure to quell the brutal jihadist conflict that has killed thousands of soldiers and civilians since it first broke out in 2012.

Anger over the conflict, as well as over perceived corruption, contributed to the protests which culminated in Keita's ouster.

Why are you refusing to obey the orders of the Court ? — Jus...
31 minutes ago