Why France is struggling to embrace the work-from-home revolution 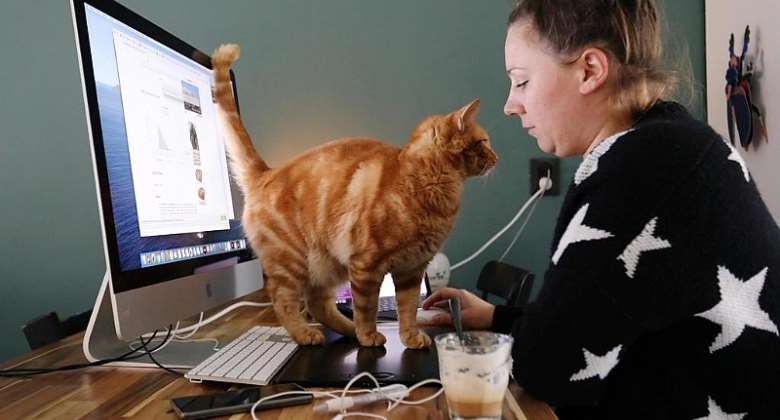 The French were not accustomed to working from home, or WFH, but when the Covid epidemic forced people into lockdown this spring, they had to get used to it. It's now become part of the landscape, but has yet to enter the country's DNA.

This subject first featured in the Spotlight on France podcast.

Before lockdown in March this year, only around 8 percent of French companies had some form of remote working in place.

But numbers rocketed during those two spring months as everyone who could work from home was encouraged to do so. Some five million employees found themselves in zoom meetings from the comfort, or not, of their living rooms, bedrooms or hallways.

Now around a third of French employees have tested telecommuting and some are thrilled with the newfound sense of freedom.

“I work in my living room, in my slippers, no need for stilettos,” laughs Céline Tardiou, a buyer with construction company Socoma based in the south of France. She relishes “not being disturbed every half hour with questions” and being able to lunch with her daughter. “I haven't had to reorganise my work at all."

The experience of telecommuting has convinced some families to leave the expensive, cramped Paris region for more space and better quality of life.

“We'd talked a lot about moving and we tested it during the first lockdown,” Laure Ballu told RFI's Marie Casedebaig. She and her husband found a house with garden in the town of Chartres, an hour from Paris, where they can remote work and raise their two children more comfortably.

There are obvious advantages to telecommuting: more flexibility, better work-life balance, time and money saved on transport and a lower carbon footprint.

But in the land of the long office meeting, the daily “bise” (kiss) and the shared canteen lunch, the shift to WFH was something of a culture shock in France.

“Remote working isn't a French thing at all,” said Sonia Levillain from the Isieg school of management in Paris and Lille. “Lots of organisations didn't even think it was possible. We're used to physically seeing people, being on site.”

Remote working was synonymous with not quite knowing whether people were really working or not.

“There was a problem of trust and the lockdown was really one way to push forward the movement of starting to trust people and saying that it was technically feasible. That has been a big change.”

But old habits die hard and when lockdown was lifted in May this year, only 15 percent of the French continued to telecommute.

Claire, a manager with a French luxury goods company in Paris, told RFI she was summoned back to her office after the summer break.

“I asked several directors and many of them liked seeing their 'court', having people at their beck and call, be able to watch over them. I don't like being watched over like that so I'm attacking on two fronts: trying to convert my company to a remote working culture and looking for another job which could offer me this flexibility.”

When France introduced the second lockdown late October, labour minister Elisabeth Borne said telecommuting should be the norm to help stop the virus from spreading.

“Wherever it's possible, it's not an option, it's an obligation,” she tweeted.

But the take-up rate dropped dramatically. A survey by Morgan Stanley in August showed 83 percent of employees had returned to the office at least one day a week and only 1.7 million employees were telecommuting full time.

Sonia Levillain recognises companies can feel they're losing out through remote working.

“Collective intelligence really happens when people are together and solving things together,” she said. “There are some risks associated with remote working so that requires training the managerial population. When you're remote, you have to be a top manager.”

“In France we have a culture of 'the little boss with a bit of power'. Working remotely means you have to trust people, be empathetic and sometimes compassionate. It supposes you support people. But that's not part of French management culture. We have to train management on a massive scale.”

A framework to protect workers

A study by the French works ministry in 2012 showed that telecommuting could increase productivity by more than 20 percent thanks to a drop in absenteeism. But more recent studies paint a gloomier picture.

Malakoff-Humanis found that long periods of sick leave had increased by a third in 2020, partly due to mental health problems linked to the health crisis, and musculoskeletal disorders worsened by working from home.

That's why France's unions are negotiating agreements in some 1,000 companies to ensure the gradual shift to more WFH has a framework to protect workers.

“The first thing is the right to disconnect, we have to be sure that there aren't people who are working after 8pm,” said Ahn Quan Nguyen, a CFE-CGC union rep with carmaker PSA, which has introduced 70 percent telecommuting for all its employees outside the production chain.

His union is also negotiating the reimbursement of costs such as internet connections, adapted WHF equipment and heating costs.

“Employers will make savings,” he told RFI, “but employees too because of saving money on transport or petrol. What we want is a win-win situation.”

Another important factor in explaining the slow down in telecommuting in France is related to the country's worsening economic situation.

France expects to lose some 1 million jobs in 2020 due to the Covid-19 health crisis, with further losses on the horizon in 2021.

“Some employees thought that by not going into the office they'd be forgotten,” said Jean-Denis Garo, marketing director with Mitel France, voicing workers' fears that 'out of sight means out of mind'.

“Lots of people are feeling threatened during this period," said Delgènes. "They remote work too much, go to sleep very late and put themselves at risk because they're isolated. They're trying to protect themselves because they're afraid that next spring there'll be massive job cuts.”