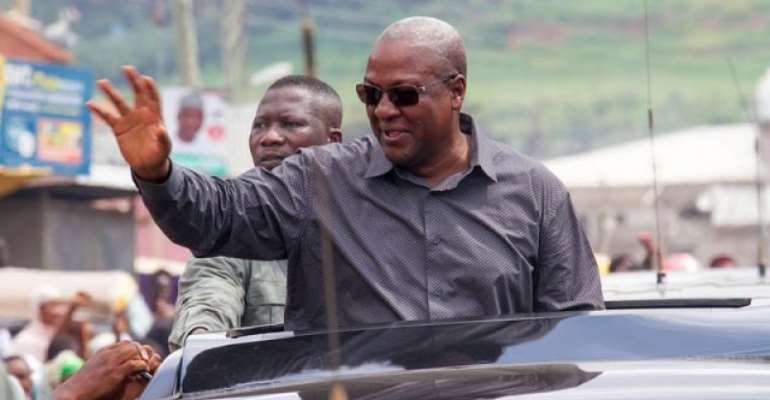 Former President John Dramani Mahama has promised to regularise the work of the agents at the office of the Driver and Vehicle Licensing Authority (DVLA), popularly called 'Goro boys.'

Interacting with the agents near the 37 DVLA office in Accra on Friday, 4 December 2020, Mahama disclosed that the work of the Goro boys is important and must be recognised.

He said, there are agents working at the port who help to clear goods for people and it will not be criminal for same to be done for those trying to register their cars or acquire licenses.

Mr Mahama, therefore, assured that the next NDC government would help to regularise the work of the Goro boys.

He said: “When we come to power, we’ll recognise the work you do and regulate it properly so that you can also have meaningful jobs. Just like we have the Ghana Institute of Freight Forwarders and Ghana Clearing Agents Association, you can also have a union or an association recognised by the government so that you can freely operate. We can get a lot of revenue from you for national development and so when we win power, we’ll sit with your executives and find a way to regulate your activities…”

“I know they’ve been telling you lies that I have not sold this land to my brother but I tell you by the Bible I read that it is not true.

“The land title was given to the Ghana Infrastructure Investment Fund and they wanted to construct new barracks for soldiers so that they could continue with the airport city project that is what I know but I have not sold the land to my brother, it’s not true…” Mr Mahama explained.