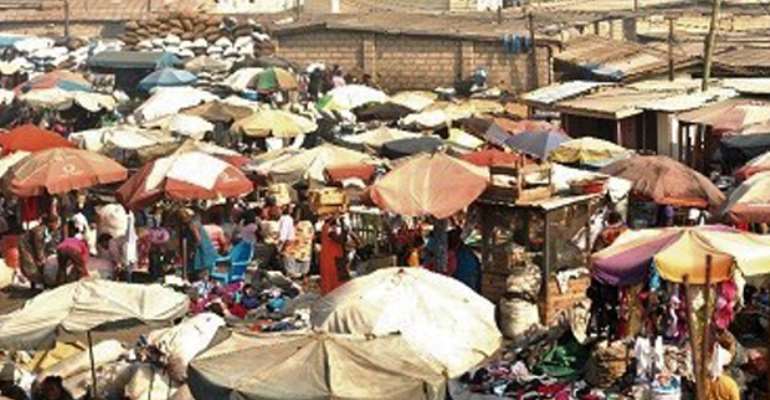 A couple of weeks ago we did ask the security agents and all stakeholders to be on their guard as a heightened incidence of arson across the country loomed.

Following that, some fires were reported in some parts of the country, especially Accra.

Accra, Kumasi and Koforidua are likely targets as the NDC's leaked contents about how to make the government unpopular and the country ungovernable are played out.

The Kantamanto Market and others in Kumasi should be especially protected from today until the elections are done.

The opposition NDC is desperate and has plans to create fear and panic using an assortment of ploys. The Odawna Market is already gone; although the cause might not yet be in the public domain, many are not ruling out arson.

Already we had witnessed acts which sought to make the government look weak and incapable of protecting the lives and property of citizens of this country. These have come and gone but not enough to rattle the government, make it confused and above all render incapable of holding on to the reins of governance – the objective of the originators of the mischief. Such outlandish preoccupation can only thought out by a good-for-nothing bunch.

To be forewarned is to be forearmed is a mantra we all should embrace as we go about out daily chores at this time of the country's life. We are dealing with an animal, furious and panting after a marathon of mischief which has turned out fruitless. A failed project which has already sapped so much resources from the war chest of the party is enough to turn an already mischievous NDC into what it has become today.

With violence etched in its DNA, we should not be complacent but rather cooperate with the security agencies by reporting, as we have pointed out time without number, suspicious movements to the police for action.

Security is a shared tasked for both civilians and their kith-and-kin in uniform.

It is our fervent prayer that by blowing their intentions, the evil ones would shelve their project because they won't succeed.

The doctoring of videos and other hi-tech machinations are the Plan B the party has deployed; this too having failed to fly.

We are wide awake, slumbering only briefly; we so much cherish our country that whosoever disturbs her peace shall experience our unlimited wrath.

On Election Day too we have heard about a project for the strongholds of the NPP. Some bad boys would be planted some metres away from polling stations their assignments of creating fear and panic at such locations clearly spelt out to them.

The period when the polls are nearing their end should be of interest to the security agents in Accra and Kumasi especially.