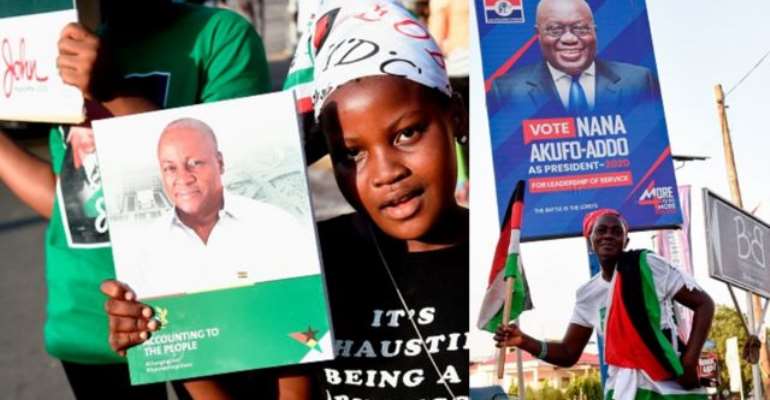 The final stretch of the campaign is aimed at soliciting support for their parties and also explain their policies and campaign promises to the electorates.

The NPP’s Nana Addo Dankwa Akufo-Addo will end his campaign at Mantse Ogbona in Accra, while the NDC's John Mahama ends his at the Ablekuma Brobbey Kakari Park also in Accra.

The two leaders signed a peace pact on behalf of their respective political parties yesterday, December 4, 2020, to ensure peace before, during and after the polls.

The Third High-Level Meeting of the Presidential Elections Peace Pact 2020 was on the theme, “Eradicating Electoral Violence in Ghana's Democracy; The Role of Political Leadership”.