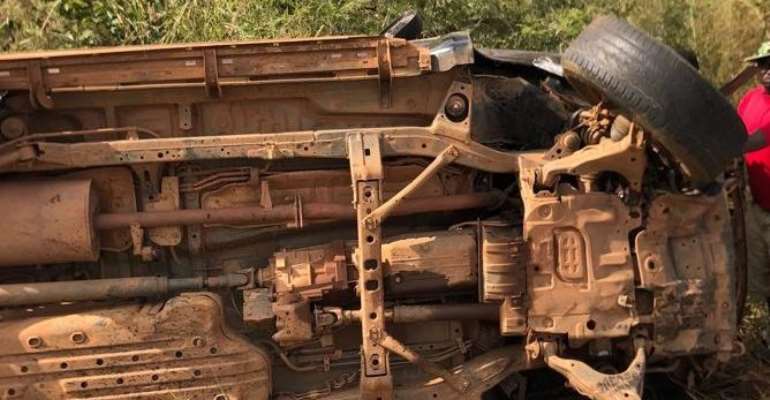 Some four persons are feared dead with many others injured in a crash involving a truck on the Tamale-Bolga stretch.

The incident occurred on Friday night.

The truck with registration number NR 7064-G was carrying market women from Pishigu in the Karaga district.

Even though the cause of the crash is still unknown, some journalists who were returning from Yunyoo in the North East Region and met the incident narrated that the truck which was carrying mainly cereals, market women and children is believed to have veered off the road and somersaulted.

A journalist, Christopher Amoako told Citi News the incident happened around 10:30 pm “close to a community called Kadia where the market women who were on board the truck were said to be coming from one of the markets in the area.”

“The truck driver was said to have veered off the road and entered into a nearby bush. I counted about four bodies lying motionless which I suspect might have died from the incident. We called the Ambulance service and they delayed before coming to the scene. A pick-up driver was able to pick two survivors and another police patrol car picked two. It was after 45 minutes that the ambulance came. It couldn’t pick the rest of the nine persons involved in the accident. We had to wait for long hours to get moving vehicles to be able to convey all the injured persons to the Savelugu hospital,” he said.