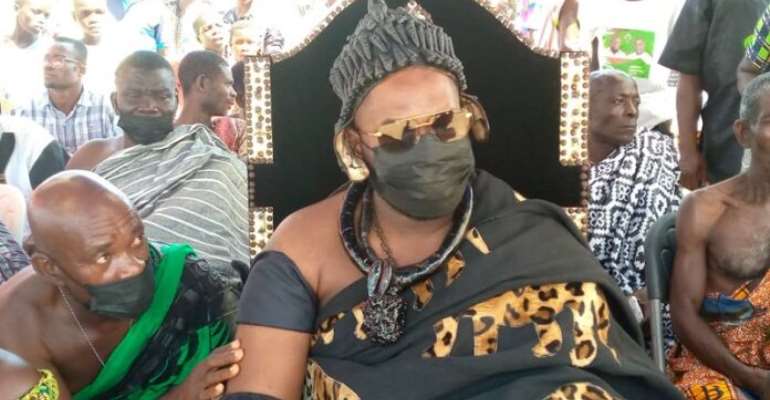 The Odikro of Ekumfi Srafa in the Ekumfi District of the Central Region, Nana Otwir Koko Nyeiku VII says the opposition National Democratic Congress(NDC) Manifesto gives hope to the Ghanaian than the NPP’s manifesto.

According to him, he has studied the manifestos of both the ruling NPP and the NDC and he’s convinced about what he’s saying, for which reason Ghanaians must vote for the NDC.

“I have read the NDC manifesto to the end so I know what I am saying. All the policies in the NDC Manifesto are excellent and will help improve the life of Ghanaians such as the Big Push, one million jobs, Free Quality Health Care, and many more.”

According to the Chief, NDC started numerous projects in Ekumfi Constituency which were under construction but the NPP government abandoned all the projects upon assuming power.

He said the NPP has failed to utilize the power that was given to them in 2016, hence they should be voted out of power.

Nana Otwir Koko Nyeiku VII appealed to the NDC to remember the Ekumfi Constituency when it wins the elections and repair their poor roads, build a sea defence wall and revive the Ekumfi Srafa salt factory.