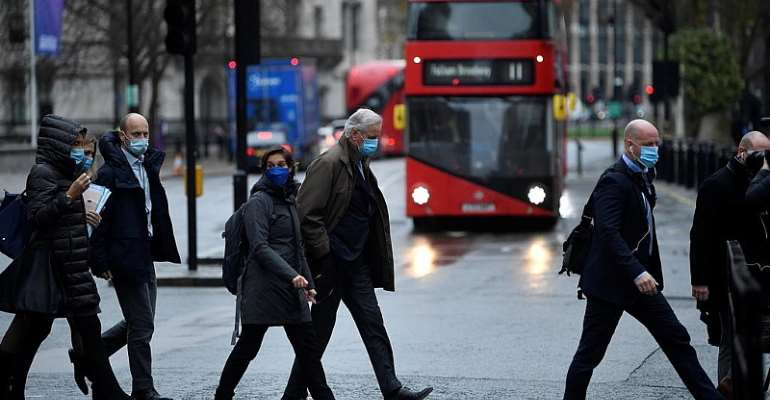 France could use its veto to block a post-Brexit deal with the UK if it deems the terms are not right, especially on fishing, the country's minister for European affairs has warned.

There is still a risk of not reaching a deal in post-Brexit trade talks between Britain and the European Union, French European Affairs Minister Clement Beaune said on Friday, adding if a good deal cannot be reached France would veto it.

“If a good agreement cannot be reached, we will oppose it. Each country has a veto right,” Beaune told Europe 1 radio.

"We have to prepare for a risk of no deal…but this is not what we want," Beaune said.

EU and UK negotiators Michel Barnier and David Frost are locked in last-minute discussions in London to unlock a trade deal before 31 December when Britain will no longer be bound by EU single market rules under the terms of a post-Brexit transition.

“I still hope we can have a deal but I also say to our fishermen, to our producers, to our citizens, that we won't accept a bad deal,” Beaune said.

“France like all its partners has the means of a veto. We must make our own evaluation of course of this deal, that's normal. We owe that to the French people, we owe it to our fishermen, and to other economic sectors.

Giving too much ground

As the deadline looms, some of the EU's 27 member states - led by France and the Netherlands – are concerned that in the rush to conclude a deal, the EU Commission is ready to give too much ground to London on rules to maintain fair competition.

“We don't want to lock in an unbalanced relationship for decades to come,” a European diplomat told AFP.

“We are not going to want to have to explain to our companies why they are being undercut in their market by enterprising British corporates in a lesser regulated environment.”

One of the key concerns is over fishing rights.

On a visit to the Channel port of Boulogne in northern France on Thursday, Prime Minister Jean Castex promised French fishermen they would not be “sacrificed” for the sake of a deal and would not be abandoned if they did lose access to UK waters.

"We obviously hope to obtain an agreement under the best possible conditions, but not under any conditions," Castex said.

British officials meanwhile have complained that, with the negotiations coming to a conclusion, the EU has made new demands that London agree to set up an independent body to regulate state subsidies.

The European Parliament has warned that it will need to see the text within days if it is to properly examine it in time to enact it by the end of the year.

European leaders want to see what Barnier is planning at the EU summit on 10 December.

Some diplomats suggest that rather than bend to the pressure of time, EU capitals could allow Britain to crash out of the single market without a deal in January and then return to new trade talks later in 2021.

A European envoy told reporters on Thursday that Barnier "was millimetres away from the red lines" he had been given to protect European access to British waters and ensure a level-playing field for trade.

But the host of next week's summit, European Council president Charles Michel, hailed Barnier's work and urged the member states to remain united "until the last minute, the last second of the procedure".

Irish Foreign Minister Simon Coveney, whose country is keen for a deal to simplify relations with it neighbour, visited Paris on Thursday and urged European nations to "hold our nerve".