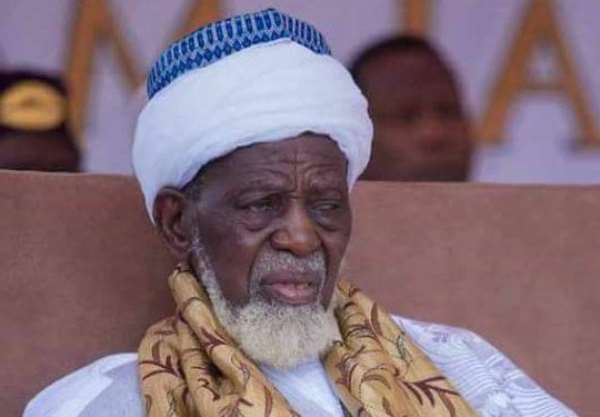 The National Chief Imam of Ghana, Sheikh Nuhu Sharubutu, has expressed confidence in President Akufo-Addo and former President John Mahama as far as maintaining of Ghana before, during and after the December 7 elections is concerned.

Delivering the keynote address at the third level meeting of the Presidential Elections Peace Pact 2020, in Accra on Friday, December 4, 2020, the Chief Imam said both Mr Akufo-Addo and Mrs Mahama are pious and will not under any circumstances allow misfortune or calamity to befall Ghana because of elections.

Mr Akufo-Addo is leading the NPP into the December 7 elections, seeking a second term of office while Mr Mahama is leading the main opposition National Democratic Congress (NDC) and hoping to make a comeback to the presidency after losing his re-election bid in December 2016.

According to the Chief Imam, “They love Ghana, they love the citizens of Ghana. They will not accept that any misfortune or calamity befalls Ghana.”

Speaking in Arabic which was translated by his spokesperson Sheikh Armyawo Shaibu, the Chief Imam recounted that Ghana has since the beginning of the Fourth Republic held seven peaceful elections.

According to him, during the tenures of former Presidents John Agyekum Kufuor and Mr Mahama, Ghana also held peaceful elections.

He said Mr Akufo-Addo was a peaceful man and under his reign, Ghana will equally organize a successful and peaceful election.

In attendance at the signing ceremony were former Liberian President and Head of the ECOWAS Election Observer Mission, Ellen Johnson Sirleaf, the Chief Justice of Ghana, Justice Anim Yeboah, Dr Ibn Chambas, the Special Representative of the UN Secretary-General for West Africa and the Sahel, among others.